Three generations of acclaimed, groundbreaking Indigenous women writers are coming to the University of Calgary on Friday, Feb. 28, to read from their respective works and take part in a sure-to-be spirited panel discussion. Lee Maracle, Leanne Betasamosake Simpson, and Gwen Benaway will be appearing as the university’s 2019-2020 Distinguished Visiting Writer(s), the event an annual highlight of the long-running Calgary Distinguished Writers Program (CDWP).

“It’s going to be a beautiful evening,” says author Joshua Whitehead, a doctoral student in the Department of English who will be moderating the Distinguished Visiting Writer panel discussion and Q-and-A. Whitehead, who was previously nominated for a Governor General’s Literary Award for his first novel, Jonny Appleseed, was a member of the CDWP committee and instrumental in bringing the three writers to UCalgary.

“It’s a rare occurrence when three generations of trail-blazing, Indigenous women writers — each of them, powerful activist voices — will be sharing a stage,” he says. “I’m very excited for the conversations we’ll have.”

Lee Maracle, a member of the Sto:lo nation, whom Whitehead describes as “a legend” and the “grandmother of Indigenous Lit,” was, indeed, one of the first Indigenous authors to be published in Canada with her 1975 autobiographical novel Bobbie Lee, Indian Rebel. Since then she’s written many award-winning and critically acclaimed books of fiction, non-fiction and poetry, among them Ravensong, Daughters Are Forever, and I Am Woman: A Native Perspective on Sociology and Feminism. Her novel Celia’s Song was nominated for the 2020 Neustadt International Prize, a prestigious award often referred to as “the American Nobel.”

A noted activist, Maracle has spoken against the injustices Indigenous people have suffered in Canada and she’s been a powerful advocate for Indigenous self-governance. Her writing has helped bring national awareness and move Canada toward cultural reclamation and reconciliation.

“She’s a foundational writer in Canada and she’s helped pave the way for this explosion of Indigenous literature we’re experiencing now,” says Whitehead. “She’s a firecracker and a vivacious voice. Her work is seminal.”

Leanne Betasamosake Simpson, a renowned Michi Saagiig Nishnaabeg scholar, writer and musician, and a member of Alderville First Nation, is a “powerhouse of Indigenous literature,” says Whitehead. Her work, which includes fiction, non-fiction, music and poetry, intersects between the realms of politics, traditional Indigenous storytelling and song.

She was named the RBC Charles Taylor Emerging Writer in 2014 and in 2017 her work This Accident of Being Lost was nominated for the Rogers Writers’ Trust Fiction Prize and the Trillium Book Award. Other acclaimed works include Dancing On Our Turtle’s Back, As We Have Always Done: Indigenous Freedom Through Radical Resistance, and The Winter We Danced: Voice from the Past, the Future and the Idle No More Movement. Simpson released her first album called Islands of Decolonial Love in conjunction with a book of poetry and short stories of the same name in 2013. Her second album, f(l)ight, was released in 2016.

The trio is rounded out by Gwen Benaway, whom Whitehead refers to as “a rising star.” A trans woman of Anishinaabe and Métis descent, Benaway has published three collections of poetry, Ceremonies for the Dead, Passage, and Holy Wild, the latter netting her the Governor General’s Literary Award for Poetry. “That in itself was so groundbreaking, being the first trans woman to win a Governor General’s Literary Award,” notes Whitehead.

Benaway, too, has emerged as a leading voice in activist circles, speaking publicly and passionately about transphobia and Indigenous issues.

“These three voices are needed,” says Whitehead. “They’re timely and important politically. And this is where CanLit is going. These are the sort of voices that the CDWP wants to spotlight. This is a proud moment.”

The Distinguished Visiting Writer event is one of the most highly anticipated literary happenings in Calgary. Since its inception in 1993, the program has brought to Calgary two Nobel Laureates, Derek Walcott and Wole Soyinka, and such literary luminaries as Neil Gaiman, Margaret Atwood, Art Spiegelman, Oliver Sacks and Michael Ondaatje, among others.

RSVP for tickets to this free event. 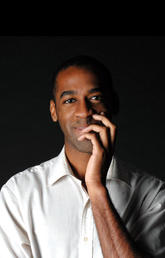