The secrets behind the top three memes of the decade

Memes have been around in one form or another for decades, if not longer. They have become an integral part of modern popular culture, creating new means of connection and communication. The digital meme, which generally refers to online-user generated content like jokes, videos or images that spread in modified form from one person to another, has become intertwined with the way that we use and experience social media.

Dr. Samantha Thrift, PhD, feminist cultural studies scholar and senior instructor of communications and media studies at the University of Calgary, researches and teaches about the social and political impact of memes.

“Scholars agree that memes can reflect the mindsets and even actions of social groups. Memes can frame issues, they can raise awareness, shape attitudes and spur political action. So, part of their importance lies in the way that online communities can, and do, coalesce around successful memes,” says Thrift, BFA’98, BA’00, MA’02.

In celebration of Social Media Day, which recognizes how social media has redefined the way that people interact and communicate, Thrift shared her thoughts on three of the most influential memes of the decade.

The LOLCats meme gained popularity with the website icanhas.cheezburger.com, which features funny animal memes. The LOLCats meme features the archetypal meme format that we’ve become familiar with: an image with superimposed text in very distinctive block font. This is known as LOLSpeak and is meant to represent the commentary of the cat. LOLSpeak is often grammatically incorrect, as it is meant to be humorous and cute.

So, why do LOLCats matter?

“Although LOLCats have been around longer than 10 years, they make the list because they’ve helped popularize that very foundational meme format — an image macro with a changeable caption — which is important because it is easy to replicate. And that's a key feature of memes: people need to be able to replicate, modify and share them, as they are participatory objects. That’s an integral part of the digital culture that we have, and memes exemplify that aspect of it.”

You can’t have LOLCats without Doges. The Doge meme hit peak popularity in 2013 and became notable not only due to the many iterations that were created, but because the meme made its way into American politics. Intentionally misspelled “doge,” this meme features a Shiba Inu dog with superimposed text. The text is meant to illustrate the dog’s inner thoughts, typically expressed as incoherent, but cute two-word phrases.

So, why does the Doge meme matter?

“It's importance stems from the fact that this meme generated something called Dogecoin. This joke cryptocurrency was created by software engineers who were trying to parody Bitcoin. Yet, recently this currency acquired a significant market value of around [US]$55 billion. Given the volatility of cryptocurrencies — and especially parody ones like Dogecoin — who knows how long that valuation might persist. But it does beg the question of whether and how memes might be able to move markets or carry economic impact.”

Pepe the Frog was created by cartoonist Matt Furie for his comic book series, Boy’s Club. The original comic features an image of an anthropomorphic amphibian, Pepe, the pacifist frog, along with the phrase, “Feels Good Man.” One frame of Boy’s Club was appropriated by the alt-right movement, morphing into what is now the Pepe the Frog meme. This meme has come to represent white supremacy and extreme nationalism and was later indexed as a hate symbol by the Anti-Defamation League.

So, why does the Pepe the Frog meme matter?

“Memes can exemplify fun and humour, and the enjoyment of participating in digital media culture. But this example raises questions about ownership and control of these bits of digital content. We have Matt Furie suing people and winning for the unlicensed use of Pepe the Frog when deployed as a symbol of white nationalism. I think this example helps illustrate some of the important issues that circulate around memes — particularly when weaponized to fuel the interests of hate-led agendas — that sometimes get lost under this veneer of light-hearted humour.” 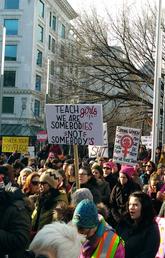 Grassroots activists must consider the personal costs of digital campaigns 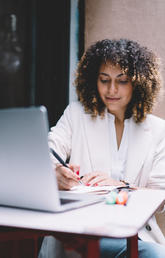 Note-taking by hand: A powerful tool to support memory 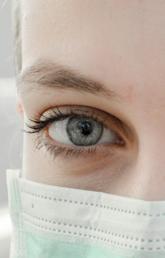 The new social etiquette in a COVID-19 world: Part 1 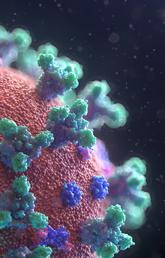 The new social etiquette in a COVID-19 world: Part 2