The preservation of traditional Indigenous art forms is just one of Judy Anderson’s goals. The desire to honour her son through art, though, is one of the central themes in her practice.

Anderson is an assistant professor in the Department of Art, focused on the combination of contemporary and traditional ways of making art. Partnering with her son, Cruz Anderson, she applies traditional beading techniques to elaborate graffiti pieces created by her son.

During a Fasting Ceremony in 2006, Anderson was told to honour Cruz. At age ten, he had just been introduced to graffiti in an art class, and was drawn to the letter structure and individual expression it allowed.

Graffiti may seem like a relatively new form of artistic expression. However, Anderson points out the origins of the word graffiti mean “to scratch into.” The act of etching, or scratching into, has been part of Indigenous culture “since the beginning,” says Anderson. Quoting Jackson Two Bears, Anderson adds, “Traditionally we’ve always been contemporary people.”

Quick to differentiate graffiti from vandalism, Anderson believes her focus on graffiti makes her more accessible to her students. A form of self-expression graffiti implies open-mindedness, starts conversations and bridges the generation gap between teacher and student.

Through the development of Indigenous courses, Anderson will be offering a traditional class in January 2018 in addition to her painting and directed study courses. Prior to that, she will participate in an artistic residency at RMIT University in Australia, where international artists are invited to develop links with innovative cultural networks and to contribute to the discourse around contemporary art.

Anderson is but one example of how the Faculty of Arts is connecting citizenship, diversity and inclusion through teaching and learning.

Energizing Arts sets the direction for the Faculty of Arts over the next five years to engage, inspire and discover the world and its relationship to it through critical inquiry, creative practice and collaborative exploration.

The strategy is built upon three priorities: 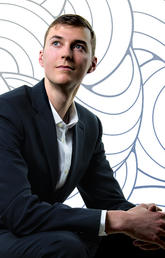 Studying the impact of climate change on water 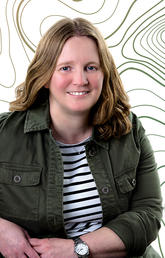 Exploring the past to better understand today and tomorrow