Gordon Brasnett presents the highlights of his geothermal research at the downtown University of Calgary campus in September. David Hedley, Advancement

Deep beneath the Earth’s surface lies an almost endless supply of energy. Gordon Brasnett remembers even as a child being intrigued by the possibilities. “Family camping trips where we visited hot springs in Alberta and B.C. probably reinforced this interest,” he says.

Today, as the world looks for ways to reduce its reliance on fossil fuels, geothermal energy holds great promise as an alternative, especially in western Canada. But tapping the resource won’t be easy or cheap. Brasnett, a geophysicist who graduates this fall with a Master of Science in Sustainable Energy Development (SEDV) from the School of Public Policy at the University of Calgary, tackled a big question: Where in Alberta are the most economically viable locations to build new geothermal projects?

His answer, created as a capstone research project toward his degree, includes a publicly available, interactive model that considers the economic viability of particular areas across Alberta for future geothermal development. His visualizations draw on a matrix of data sources, such as pioneering research by University of Alberta scientist Dr. Jacek Majorowicz, who estimated the drilling depths required to reach progressively hotter geothermal sources.

Mapping the potential for future projects

Brasnett’s interactive model looks at all of Alberta, illustrating the geothermal depths yielding temperatures between 40°C and 80°C — for direct-heating uses such as warming buildings or greenhouses — and temperatures between 120°C and 150°C — hot enough to generate electricity as well as ambient heat.

He continues: “The regions with the highest gradients and therefore the shallowest estimated depths to 120°C are found west of Zama City, east of Rainbow Lake, and north of Rimbey. The estimated depths to reach 120°C in these areas are in the range of 2,250 to 2,800 metres.”

Finding an optimal geothermal location means balancing other factors too, such as: distance to where heat energy can be used, up-front costs of drilling and construction, and opportunities to generate future revenue. “My model showed that the regions with the highest gradients may not necessarily be the cheapest areas to develop for a project, as they may be too far from existing roads, transmission lines, and customers to use heat. As a result, the model showed that areas closer to Grande Prairie, Fox Creek, and Lacombe may be developed more economically for a 120°C project.”

Brasnett hopes his map helps spark conversations and inspire site-specific feasibility studies by remote municipalities and other early geothermal adopters. “In my opinion, the early adopters of geothermal projects will be people who need large quantities of heat, but who don’t want the greenhouse gas emissions or price uncertainty associated with burning hydrocarbons.

Capstone project by Gordon Brasnett. Click on the map to see the online interactive model.

Alberta has a successful history of applying innovation and technology to resources such as agriculture and the oilsands. Brasnett believes geothermal energy can grow into a new economic engine.

His interest in the field led him to study in UCalgary’s multidiscipinary SEDV program, offered through the School of Public Policy, Haskayne School of Business, Schulich School of Engineering, School of Architecture, Planning, and Landscape, and Faculty of Law. In the 16-month professional master’s program, SEDV students learn about energy systems, both current and future, through the lenses of technology, policy, business, and social impact. Students in the program build skills in collaboration, teamwork, communication, and research, enabling them to advance their careers across the energy sector. The emphasis is on developing energy projects that maximize social and economic benefits, and minimize negative environmental impacts.

Students like Brasnett are watching closely as the first large-scale geothermal projects take shape. For example, the Alberta No. 1 Geothermal Energy Project, a partnership developed by Terrapin Geothermics near Grande Prairie, will contribute clean geothermal energy to the grid while supplying heat for local industry. The Indigenous-led Tu-Deh-Kah partnership near Fort Nelson, B.C., is developing geothermal heat from a depleted natural gas field to support electricity, agriculture, and other local initiatives. The Latitude 53 project by Novus Earth Energy near Hinton focuses on renewable energy and food security. Calgary-based Eavor Technologies is testing its ultra-deep, closed-loop geothermal drilling system near Rocky Mountain House.

The SEDV program opened new doors for Brasnett. The research capstone project is a core part of the curriculum, where students apply concepts learned in the program to a real-world question, in partnership with industry, NGOs, government, and academic partners. His research project was supported by the Mitacs Business Strategy Internship program. His supervising professor was Dr. Roman Shor, director of the Energi Simulation Centre for Geothermal Systems Research at UCalgary. For the project they collaborated with Dr. Catherine Hickson, CEO of the Alberta No. 1 Geothermal Energy Project.

“There are a lot of interesting pilot projects around the world today that may kick off a flurry of development throughout the 2020s in countries where geothermal is still a new technology,” Brasnett says. “I’m optimistic that Alberta can be a leader in this space given the geoscience, engineering, drilling skills, and technologies that the oil and gas sector has developed over the past 60-plus years.”

Thinking about your next career move? Start with UCalgary’s interdisciplinary MSc in Sustainable Energy Development and join the next generation of energy leaders in just 16 months! Learn more

A note for soon-to-be UCalgary Alumni! As you prepare to transition from student life, we encourage you to check out our Life Kit for Recent Grads – custom built to inform you about the programs, benefits and services available to you as a member of the UCalgary alumni community. 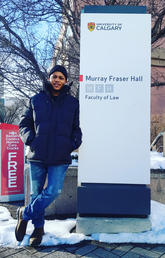 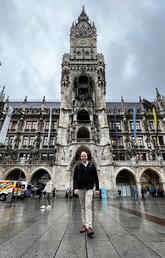 Class of 2022: From UCalgary main campus to Munich 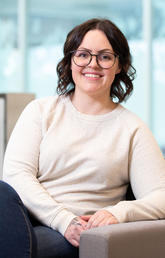 Class of 2022: Nursing grad drawn to help the vulnerable and bring change to addictions and mental health research 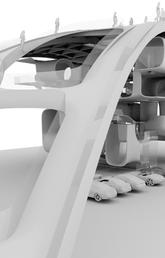 Class of 2022: Imagine living in a futuristic apartment suspended above a Calgary parking lot 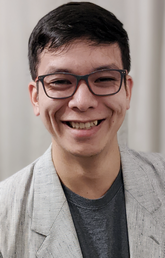 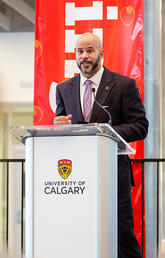