Celebrating the creativity of people who see the world in an unconventional way has a radical history in art. Saluting Laakkuluk Williamson Bathory with the $100,000 Sobey Art Award does just that

Named after a sweet Inuk lullaby, Laakkuluk’s artwork belies her melodic namesake. Fierce, political and complicated — some have even described the winning work behind the recently announced $100,000 Sobey Art Award as terrifying.

It’s completely understandable. How else would you feel if you found yourself staring into the eyeballs of a polar bear? That’s precisely what happened to Laakkuluk — full name Laakkuluk Williamson Bathory, BA’04 — in 2018, when the only thing protecting her and her family from a marauding bear was a windowpane.

In a nutshell: Laakkuluk, her husband, Stephen Williamson Bathory, BSc’05, and two of their three children were asleep upstairs in their cabin 23 kilometres outside Iqaluit, Nunavut, when she heard the clatter. Something was rummaging around on their deck and, in moments, she found herself staring at a polar bear through their second-storey window.

One thing led to another, resulting in Laakkuluk shooting the bear. Then, she and Stephen butchered the animal, removed the skin and distributed the meat to about 60 households, she recalls.

The hide from that event is what you see as the backdrop in the artist’s award-winning multimedia piece, Nannuppugut! On it is a projection (a video loop) of Laakkuluk wearing an outfit representing the colours of the fat and the blood of the bear.

“I’m drum dancing to honour the bear’s spirit, as well as to show gratitude and happiness that the bear chose us,” says the theatre artist from her home in Iqaluit. If you see the piece in the National Gallery of Canada (where it’s on display until February), you will hear the sounds of the ocean. These were “the last sounds the bear would have heard,” says the storyteller and dancer who has performed with Tanya Tagaq and numerous other artists.

Laakkuluk is Inuk, and specializes in performing the Greenlandic mask dance, uaajeerneq. But that doesn’t begin to explain how a UCalgary political science grad became a performance artist.

Being exposed and deeply moved by uaajeerneq at the age of 13 led Laakkuluk to apprentice under the tutelage of her mother (Dr. Karla Jessen Williamson, PhD, who became the first female and first Inuit executive director of UCalgary’s Arctic Institute of North America in 2000) and other Greenlanders.

Although Greenland mask dancing had vanished underground for hundreds of years, it was revived in the 1980s. By 1992, Laakkuluk was transfixed and in awe of its power. “It’s basically a clown act used by adults to help children learn equanimity in times of great danger,” explains the 42-year-old. “The primary colours (or themes) are humour, fear, sexuality and great wonder of the unknown — that’s what we’re trying to evoke.”

By the time Laakkuluk began studying poli-sci and Russian at UCalgary, she was comfortable flipping Inuk stories into 20-minute plays that she performed around town, from the Glenbow Museum to spots on campus. After graduating, Laakkuluk moved to Toronto and worked with the Inuit Art Collection at the Art Gallery of Ontario. Following that was a stint in Calgary where she worked as a policy analyst before returning home to Iqaluit with Stephen to raise their three children.

“But, even when I worked in a policy analyst position . . .  in fact, with all of my full-time work, I had other jobs, so-called side hustles, which have always been about performing and making art,” she says.

What the Sobey Art Award will allow Laakkuluk to do is pursue her collaborative art projects full time. She says she’s already working on a virtual-reality film about Hans Island where a “feminist socialist utopian republic is ruled by a president.” Of course, Laakkuluk portrays that president! (If the name sounds familiar, Hans Island has been the subject of a long-standing sovereignty dispute between Canada and Denmark, both of which lay claim to the tiny, uninhabited island.)

While she has never wavered from addressing her primary audience — other Inuit —  Laakkuluk is always gratified when non-Inuit understand her work “and leave inspired to learn more, to challenge themselves and to challenge the systems.”

By systems, she means colonization, systemic racism and common misconceptions about Inuit.

“One thing that I think is very powerful for non-Inuit to do when they are preparing to interact with Inuit, is to peer-review their own questions,” suggests Laakkuluk. “There’s so much misinformation out there, but, if you start digging into your own misconceptions and racism, and you do that with your peers, you’ll discover what is actually relevant. Those are the conversations we need to have . . . and they can start by editing out the things that Inuit do not appreciate being asked about.”

Canada’s top art prize, the Sobey Art Award, is one of the richest visual art prizes in the world, recognizing a Canadian artist from a longlist of 25 that is assembled from five regions. While Laakkuluk Williamson Bathory won the $100,000 main prize, four other finalists — Lorna Bauer, Rémi Belliveau, Gabi Dao and Rajni Perera — each received $25,000. If you miss seeing this award-winning piece at the National Gallery of Canada in Ottawa, which is on view until Feb. 22, 2022, Laakkuluk will have another collaborative installation at the Art Gallery of Ontario in Toronto opening in the spring of 2022. 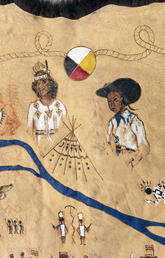 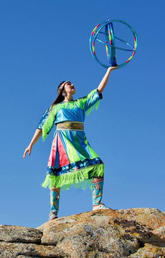 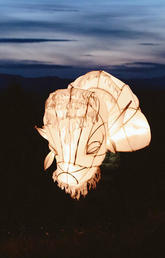 Story of bison's return to Banff ecosystem brings people together 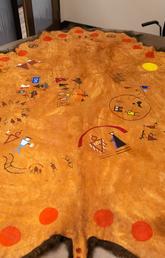 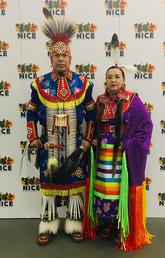 Class of 2020: Blackfoot artist sees teaching as a means of healing 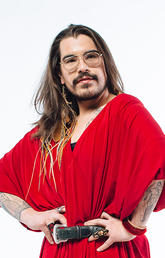 One to Watch: Joshua Whitehead