Multidisciplinary researchers, industry and government explore the potential of harnessing heat from the Earth’s core

Geothermal energy is considered one of the world’s highest-potential zero-carbon energy sources, yet it currently comprises a tiny fraction of the global energy supply. With a major $40-million investment in the United States, pilot projects in Alberta and Saskatchewan, and a new hybrid gas-geothermal project started at Swan Hills, Alberta, the potential is starting to be realized.

Researchers at the University of Calgary are hoping to connect all stakeholders early in this process with the new Geothermal Energy Lab.

“We can help ensure that regulatory bodies consider the research and development directions being taken by industry players so that they are ready to enable development once field trials or field developments start,” said co-lead and principal investigator, Dr. Roman Shor, PhD.

In his eyes, successful development will rely on a number of factors.

“By engaging players across academia, industry and government, we seek to remove barriers to economic geothermal development by working with industry on pilot and development projects to optimize reservoir management, well designs, surface systems, thermodynamic efficiency and energy use,” Shor added.

Geothermal energy harnesses heat from the Earth’s core, and the power produced is thought to be cost-effective, reliable, sustainable and environmentally friendly. Geothermal can also be used for energy storage to improve reliability of our energy supply.

While development is still in its infancy and generally limited to geological hotspots, Shor says progress is being made through Geothermal Anywhere, a vision proposed by both the Canadian and American governments.

“Depending on the depths drilled to, geothermal (energy) for power is possible everywhere,” he said. “But costs and gaps in technology currently prevent widespread economic adoption.”

He adds that the know-how gained from oil and gas extraction can be used as a foundation for these new technologies, while additional research and development will only make things better.

“Geothermal energy must be accessed by drilling, and heat flows must be characterized through a thorough understanding of conductive and convective heat-transfer,” Shor said. “Technology from the oil and gas industry may be harnessed to enable economic shallow geothermal (solutions).”

Challenges researchers are working to overcome include drilling through basement rock, and the need to better-understand the transfer of heat through a subsurface, which is currently only quantified at the bulk scale.

Shor, who is an assistant professor and associate head in the Department of Chemical and Petroleum Engineering, believes launching the Geothermal Energy Lab is about more than just science.

By putting together a team that includes researchers from the Schulich School of Engineering, the Faculty of Law and Faculty of Science, he says it puts the University of Calgary at the leading edge of geothermal development.

“The holistic view provided by the lab will enable a systems approach to geothermal development — from social acceptance to sustainable systems,” Shor said. “By harnessing the expertise of the research team, including extensive experience in oil and gas research, we are in a strong position to accelerate the development of geothermal (technologies).”

He adds the team already has a Natural Sciences and Engineering Research Council of Canada (NSERC) Alliance grant with Calgary-based startup Eavor Technologies in review, and is exploring a second grant with another industry partner.

Some believe geothermal could be the energy system of the future. The Alberta government has said it wants to clear hurdles sooner rather than later.

“We’ve got the potential here and we want to develop it,” Energy Minister Sonya Savage said in an October 2020 interview. “The lack of clear rules and a clear-and-certain regulatory regime has been somewhat of a barrier for the industry.”

Shor agrees, adding that he hopes the Geothermal Energy Lab will bridge some of the gaps. He’s excited about opening the conversation with an upcoming industry-academic workshop, which is already drawing interest from provincial governments and private companies. 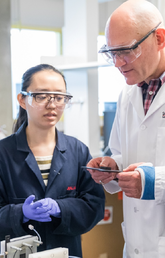 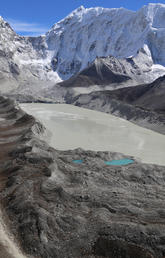 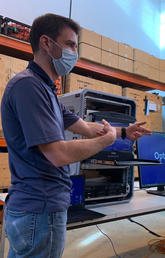 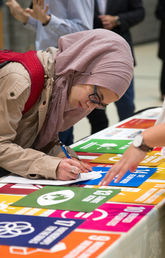 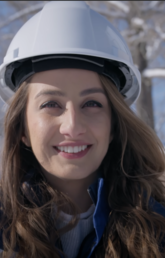