We have minimal rights to privacy in public in Canada.

The story broke in mid-June of “CanadaCreep”, the Twitter account with 17,000 followers that posted photos and videos of unsuspecting women around Calgary. The kicker was that the material focused on women’s breast, genital and buttocks regions, including “upskirting” videos (filmed up women’s skirts). A Calgary man was criminally charged for the upskirting videos, specifically voyeurism, distributing voyeuristic recordings, and possessing and accessing child pornography.

There are currently no charges related to the other pictures that focused on specific regions of the female body that were under layers of clothing. This is unnerving and confusing, because while we expect to be viewed casually when we are out in public, we don’t expect specific body parts to be photographed and distributed to the world. It’s classically objectifying, but more than that, it communicates the message that the second women walk out the door, their bodies aren’t theirs.

It raises an enduring question in privacy law, which I explore more fully in a post for Ablawg.ca, of whether we have a right to privacy in public and if so, the boundaries of such a right.

At a more fundamental level, the question is the role of the law to remedy this kind of social problem. So much in the arenas of free speech and privacy is regulated by social norms — shunning, shaming, public debate and so on. The law is a blunt tool often reserved for the most extreme cases. But the law also has an expressive function to communicate the kind of society we want to live in. Hate speech laws are quintessential expressive laws.

The problem with privacy law in Canada is that it has received insufficient attention outside scholarly and civil society circles to coherently develop as a body of law. This has had two effects: (a) minimal or unclear laws to address the warp-speed social harms wrought by internet communications; and (b) a problem of access to justice, because unclear laws, high costs of litigation and limited remedies make litigation unfeasible.

My focus here is on private law, and whether any of the women photographed could sue for the tort of invasion of privacy.

The short answer is likely no. We have minimal rights to privacy in public in Canada, although that area of law is developing. This means Canadians are at a crossroads of opportunity in our development of privacy law. We can go the direction of our southern neighbour, which has minimal privacy protections in public, or take cues from Europeans, who have a stronger right to privacy in general, including in public places.

The larger point is that Canada is woefully behind in developing privacy law, particularly in the context of private law. We have significant privacy protection through data protection legislation and the excellent work of our privacy commissioners (federally see Personal Information Protection and Electronic Documents Act, SC 2000, c 5 (PIPEDA) and the Privacy Act, RSC 1985, c P-21). But the privacy commissioners are not all things privacy. Their offices are flooded with complaints that are outside the narrow scope of their mandate, and they operate under already strained resources.

Equally, privacy is protected through section 8 of the Canadian Charter of Rights and Freedoms, but the root of this protection in search-and-seizure laws has made the development of the law in this area deeply tied to criminal cases.

In contrast, in Europe the individual’s right to privacy in the European Convention on Human Rights, 1950 is more broadly about the “right to respect for his private and family life, his home and his correspondence” (Article 8). This has more readily allowed the development of privacy law in Europe outside the criminal context.

In a private law context in Canada, while we historically had piecemeal cases on privacy, the major case that introduced a right to privacy in a tort context was Jones v Tsige, 2012 ONCA 32 (CanLII). Since that case, the tort of publication of private facts was successfully applied to a situation of revenge pornography in Doe 464533 v ND, 2016 ONSC 541 (CanLII).

While intermediaries readily remove content for revenge pornography, a situation like CanadaCreep, with the exception of the upskirting videos, does not obviously violate Twitter’s Terms of Service. In any event, offloading all responsibility to intermediaries is ill-advised. Their role is beyond the scope of this post, except to note that content management is a major issue for these companies. Some 500 million tweets are sent per day. YouTube receives 200,000 flags for content to review per day. Facebook receives two million complaints per week.

If Canada wants these companies to comply with Canadian privacy law, we need a more coherent body of law to guide them and we should be hesitant to wholly outsource standard-setting in this area to private companies.

In order to adequately address the social harm of online privacy invasions, we need federal attention to the development of privacy law through a commission or task force.

In mid-June, the Liberal government unveiled its gender-based violence strategy, which includes creation of a centre that, among other things, will address online abuse of children. Privacy concerns will naturally thread through that work. This highlights a common problem with government attention to privacy problems. It is always folded into assessment of a pressing social issue, such as gender-based violence, national security or revenge pornography.

Thus piecemeal development of the law continues. What is needed particularly for the development of private law in this area, though, is holistic tackling of the subject matter. 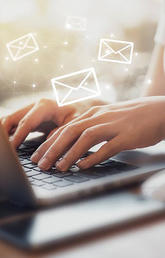 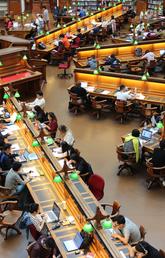 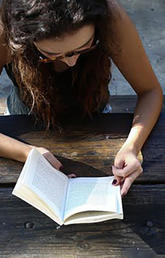 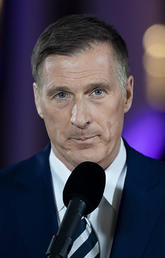 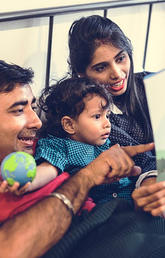