UCalgary connectors who are making a difference for LGBTQ2S+ communities: Part 1

Behind the glitter and the glam of Pride — celebrated across Calgary Aug. 26 to Sept. 5 — are people busy lifting up LGBTQ2S+ communities. From drag queens and social workers to economists, writers and students, here are some snapshots of people you should get to know.

The face of ATB Financial is alumnus Todd Hirsch, MA’93. We’ve seen him and his sartorial style on billboards, in newspaper ads and on a jumbo screen at umpteen conferences. But what’s beneath the snappy glasses and funky shirts?

Humility. Kindness. Dare we say an “authentic” human? This was precisely the reason — his “authentic self” — that Hirsch was given when he received the 2012 Queen’s Diamond Jubilee Medal. “Honestly, I had no idea why I was getting this pin for the work I had done with the LGBTQ+ community,” laughs the man, ever so comfortably, who grew up in an evangelical Christian home in Edmonton (not so comfortable).

“I’ve never organized a parade or led a rally, so I . . . well, I just asked.” Turns out a former UCalgary student of his — who, at the time, was working for politician Lee Richardson — said, “We need people like you, Todd, to live out their authentic lives.”

Being able to be himself at ATB and in his many communities (including volunteer work at St. Stephens Anglican Church, Alberta Ballet and Glenbow Museum) is not something Hirsch takes for granted. “I get to tick a lot of boxes of privilege; I am male, white and educated,” he says. “I get to take my husband to ATB’s Christmas party. My experience as a gay man is not the reality for a lot of other people, so I do feel a responsibility. I do feel like I need to be an ally.”

Being the forecaster that he is, Hirsch says we’d be fools to assume the rights and freedoms of LGBTQ2S+ people in Canada are going to follow a “straight-upward trajectory and that things are only going to get better. There are winds of pushback all around us . . . just look at what’s happening in the States right now.”

Which is exactly why we all have to continue to create a more diverse and inclusive community, starting, suggests Hirsch, by asking politicians what’s on their agenda besides COVID-19 and the economy.

“If they’re door knocking, ask them for their thoughts on diversity, BIPOC and LGBTQ2S+,” advises Hirsch. Or, if you’re applying for a job, he says, “probe the interviewer about their company’s values around diversity and inclusion."

It’s up to all of us to be allies and to stand up for those who don’t tick all the boxes of privilege. Too often, we all let comments slide and don’t do anything . . . sometimes, we are just too Canadian.

“A proud kiddo” of two moms, Haley Wray today is now a co-parent of “two incredible humans,” one of whom is trans. Growing up with two moms in rural Alberta was foundational to who Wray is, and why she is devoted to supporting the rainbow community in all aspects.

After attending UCalgary, Wray moved back to the town she is from to have a family and live near the mountains, although, because of her child's journey, the family left their roots and moved six hours away: “Away from the hate, the threats and apathy. We needed a space where our kid would get to be a kid,” explains Wray. “Along the way, I volunteered with, and then connected to, an absolute dream job [at Skipping Stone] where I get to meet the most incredible people.”

To the parents of queer kids, Wray has this to say: “Our children are speaking from places of deep authenticity — allow and trust them to explore that. Discomfort is okay . . . in fact, spend some time there. Fear and discomfort come from our culture's values, and truly do not have any kind of valid justification of unconditional love.”

Through performing many roles at Skipping Stone, Wray says she “treasures the 2SLGBTQIA+ community because it is a place of authenticity, agency of self, introspection, indomitable spirits and incredible human diversity.”

As a teen in small-town Ontario, David Bateman “knew nothing” about the LGBTQ2S+ movement. What he does remember, however, is being curious about gender and sexuality while watching Lana Turner films with his mom. At the time, he says, he couldn’t decide if he, “wanted to be Lana Turner or have sex with Lana Turner.”

Decades later, as a UCalgary graduate student, Bateman took a queer theory course from instructor Eric Savoy that dissected 1950s cinema where students watched the film, Imitation of Life, that, says Bateman, “re-established my lifelong identification with both traditional and non-traditional forms of feminine gender and sexuality.”

If you were in Toronto in June, you could have seen Bateman hosting an open-mic poetry reading at Buddies in Bad Times Theatre, as part of that city’s Pride events.

As for the future of the LGBTQ2S+ movement, Bateman says it's up to “the willingness of current generations to both resist, and yet respectfully and critically uphold traditional definitions of alternative forms of gender and sexuality.”

Having lived with HIV for 15 years, Bateman views the progression of the LGBTQ2S+ community “as a diverse and powerful way of recognizing the evolution from former less-inclusive categories, such as gay and queer, toward the realization that gender and sexuality are complex entities that constantly need definition and re-definition.”

Long before Nolan Hill graduated from UCalgary, he had begun building a robust career in gay men’s health and, long before that, he was an active volunteer with the Calgary Queer Arts Society, Handsome Alice Theatre, UCalgary’s Students’ Union, HIV Community Link and other organizations within Calgary’s LGBTQ2S+ community.

Today, Hill realizes his queerness is a “unique strength that he can bring to the world,” but that wasn’t the case growing up in northwest Calgary where he often felt marginalized. “For so long, I thought being queer was wrong,” he says, quickly adding: “Today’s generation is challenging and pushing for better at every turn.”

My advice for queer youth is that you don’t have to settle for what is, there is always room to continue to move towards what can be the new reality.

When asked for a defining moment in pop-culture history that perhaps provided a hopeful tonic for something he couldn’t quite identify, Hill says, “I can’t pinpoint an exact moment, but I think for many queer people we might idolize or admire a celebrity or public figure and then ask, ‘Do I want to be them, or am I attracted to them?’ I can certainly relate to that experience.” 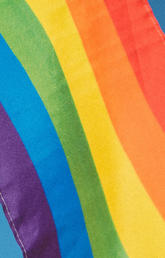 UCalgary connectors who are making a difference for LGBTQ2S+ communities: Part 2 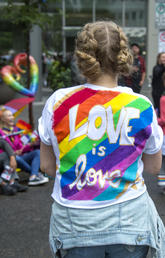 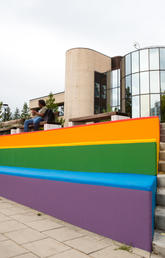 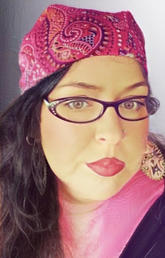 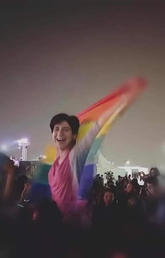 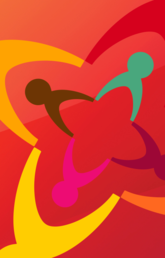 How to create equitable, not identical, pathways to success