When the remains of 215 children were found in Kamloops last year, the news hit close to home for recent UCalgary Faculty of Social Work PhD graduate Jeff Halvorsen ­— he was born there and attended school on the traditional territory of the Tk'emlúps te Secwépemc, the Indigenous people local to the region.

Halvorsen, having already read the Truth and Reconciliation’s executive summary, discussed the matter with his family. They decided to act by way of small steps

“We were thinking, what is one thing we could do towards reconciliation?” he recalls

At that point, the Calgary Board of Education had announced a name change for the former Langevin School. Petitioning for a similar course of action at his daughter Makena’s secondary school, Sir John A. MacDonald Junior High, made sense given the role of Canada’s first prime minister in the expansion of the residential school system and other racist policies, such as the Chinese Head Tax.

Halvorsen had been involved in an anti-racism group led by Faculty of Social Work professors Dr. Regine King, PhD, and Dr. Liza Lorenzetti, PhD, where he first came into contact with Michelle Robinson, a Sahtu Dene activist who had been a leader in the campaign to change the name of the Langevin School.

He reached out for advice, and one of her suggestions was to have the student lead the effort — Makena and her peers were more than happy to take the charge.

“Even judging him by the standards of the day, he was not a good person,” reads a letter Makena sent to the CBE. “He was the lawyer and supporter of PRO-slavery activists. A recent National Post article reported that 'over his career Macdonald would pursue an Indigenous policy so draconian that even his contemporaries would come to accuse him of going beyond the pale.'”

Halvorsen says he’s proud of his daughter for taking on a leadership role that’s seen her take the lead on such initiatives as an art action held outside the school this past May, as well as fielding several media appearances in support of the cause. Makena herself reports that her peers and teachers have all been respectful and supportive regardless of their position on the issue.

That said, one member of the Halvorsen’s Reconciliation Action Group isn’t feeling very positive about the experience. Michelle Robinson says that with the renaming issue now having gone to what she views as yet another superfluous committee, the experience has left her feeling frustrated.

While she cites structural racism ingrained within bureaucracies as a source of contention, she’s just as dispirited by settler Canadians who claim to be allies but are unwilling to move beyond surface-level commitments. For example, they’ll take part in performative land acknowledgements but are unwilling to engage in serious land-back discussions.

“People are interested in our trauma and grief, but not in our solutions, and that's demoralizing,” says Robinson, who hosts the Native Calgarian Podcast and a monthly Indigenous-themed book club.

There are lots of ways we can share the land and have equity but structurally we choose not to.

Halvorsen, though, is striving to do better, going so far as to structure his PhD thesis on white men's allyship. With guidance from Robinson and an advisory committee of Indigenous, Black, and racialized men and women, he’s come to realize that as much as he must learn, he’s also had to let go of previously ingrained assumptions.

“I had been taught that a lot of these things like colonization, race, gender, all these things were about other people, not about me as a white man,” he says, recounting his previous degree in international development as well as overseas missions he undertook as a then-practising Christian.

Since embarking on a social work journey, he says he has attempted to recognize his complicity within the colonial framework on which this country rests.

“I thought of my family's history, coming from Norway and Germany and Scotland to settle and farm,” he says. “I thought, ‘Okay we were just a family on a boat coming to farmland' and missed the truth of whose land it was and what happened… the genocide that happened to clear that land for my family.

"Adding in those pieces that weren’t part of my family's history really changed my whole perspective. Now, I have a responsibility for reconciliation.”

Join the Indigenous Social Work Circle and Lodge for the Sept. 29 webinar Creating a Plan for ReconciliAction. Noon to 1:30 p.m. Register for this event. 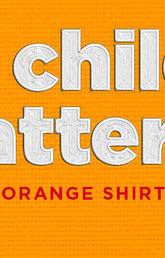 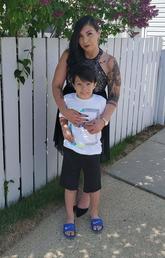 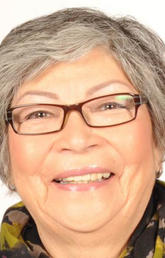 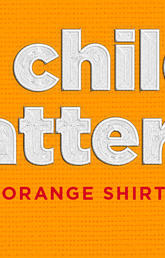 UCalgary’s memorial to Truth and Reconciliation lights up the night sky on main campus Sept. 27 - 30 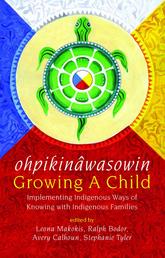 A return to ceremony 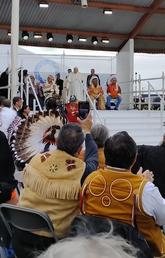