Currently, the first line of treatment for symptomatic early AF is antiarrhythmic drugs. But an international team of researchers from across Canada and in Germany have discovered cryoablation, which scars the heart’s tissue with the goal of interrupting the faulty electrical signals that cause the condition, should be considered.

Libin Cardiovascular Institute physician-researcher Carlos Morillo was a co-investigator and member of the steering committee on the international study, which followed 303 patients for three years. The discovery was first presented as a Late Breaking Clinical Trial at the American Heart Association’s annual conference the first week of November and subsequently published in the prestigious New England Journal of Medicine.

In the randomized clinical trial, individuals who were ablated as a first line of defense had fewer serious complications, were hospitalized less and progressed to persistent AF less often than those who received drugs first. They also enjoyed a better quality of life.

Dr. Robert Rose, PhD, deputy director of the Libin Cardiovascular Institute, says this is an important study due to prevalence and increased incidence of AF globally.

“This study by Dr. Morillo and the rest of the team has the potential to greatly impact treatment in patients affected by atrial fibrillation,” says Rose. “We are enthusiastic about this important work and look forward to seeing how it is used in the future.”

Dr. Stephen Wilton, MD, a physician-researcher whose clinical expertise focuses on treating heart rhythm problems, says it’s helpful to have evidence that early ablation can delay the progression of the changes inside the heart that lead to persistent forms of atrial fibrillation.

“This is an important scientific finding,” says Wilton, adding that more work needs to be done to better understand which patients are at higher risk of early progression to persistent forms of AF.

Wilton also emphasizes the importance of exercise and maintaining a healthy weight in reducing the progression of AF.

“We cannot lose sight of these aspects of care,” he says.

Morillo says the next step is to educate patients and the health-care community on the importance of early ablation.

“Currently, most physicians don’t refer their early AF patients for ablation, so we need to educate them on the benefits of early treatment,” says Morillo. “The bottom line is patients with early AF need to be treated. The longer we wait, the harder it is to achieve and maintain regular rhythm.”

The goal of the Libin Cardiovascular Institute’s Precision Medicine Initiative is to spark innovation to navigate the complexities of the human system so we can predict and prevent cardiovascular disease and provide more personalized care. Learn more about the initiative here. 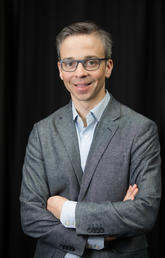 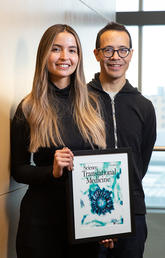 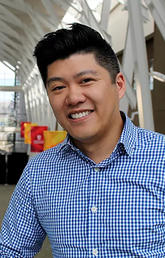 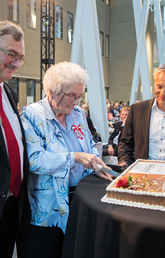 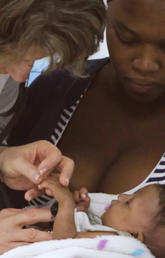