Paul Pryce is the Political & Economic Advisor to the Consul General of Japan in Calgary. In this role, he works to strengthen Japan’s trade and cultural ties with communities throughout Alberta, Saskatchewan, Manitoba, the Northwest Territories, and Nunavut. Prior to returning to Calgary, he worked with the Organization for Security and Cooperation in Europe (OSCE) during the 2008 war in Georgia and Montenegro’s second post-independence election, then subsequently lectured about his experiences at Tallinn University of Technology, the Baltic Defence College, and the Estonian Diplomatic Academy.

There are a lot of happy memories from my time as an undergraduate student, but I’d have to go with the debates during my simulation-based courses. It was interesting to take on the role of, for example, the Premier of New Brunswick in a mock First Ministers’ conference and try to come to agreements with my classmates about very real, very pressing issues facing our country. It was these courses that really helped me come out of my shell and gave me the most to think about.

The atrium in the Administrative Building! It was so nice to have some green space on campus during the winter, and the Greek statues (donated by local businessman Jimmie Condon long before my time) gave it a thoughtful ambience.

Whenever you can, take your learning out of the classroom. Whether that’s volunteering, interning or working, writing for an undergraduate journal, or participating in a university club like the Model United Nations Team, these activities can provide valuable experience that translates directly to the workplace and hones your passion. In my current work, I cannot count the number of times I’ve thought back to lessons learned from those out-of-class experiences.

Right out of university, my work was very much related to crisis management, whereas now it’s much lower stress: both Canada and Japan favour free trade and there are no ceasefires to be negotiated. But the nature of my work has also become much more varied, affording me the opportunity for some unique and interesting experiences, like venturing to the ‘top of the world’ in Nunavut or delving into a Saskatchewan potash mine more than a kilometre beneath the surface, where it’s dead silent and the pink-red dirt makes you feel like you’ve landed on Mars. There’s always something new to learn and so it’s very important to be intellectually curious and adaptable.

The variety of challenges and opportunities is absolutely the best thing about my job. If each day were like the next, there would be no room for growth. However, I am very fortunate in this role to always be meeting new people with new ideas, familiarizing myself with a wide range of industries.

Ultimately, I think the critical thinking I gained from Political Science and Philosophy courses has been most useful in my current career. Amid so much emotionally charged debate and such entrenched positions, it is useful to take a step back, consider the various positions and perspectives as objectively as possible, and come to a reasoned position of one’s own. If the level of public debate is to be raised, we need to be better at listening.

The University of Calgary is a wonderful platform from which to launch your career, no matter your field. There are going to be challenges along the way, especially when relevant jobs in the humanities and the social sciences can be scarce in times of economic difficulty, but it’s important to persevere. You owe it to yourself, to the person you want to be, not to give up.

In the News: Winnipeg City News 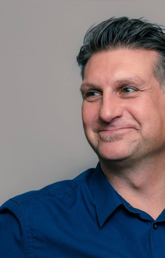 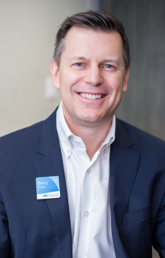