Production has begun on 12,000 protective face shields for health-care workers in Alberta, thanks to a team led by researchers from the University of Calgary.

Guy Gardner and Dr. Craig Johansen, PhD, met through a Calgary Facebook group called Shield Makers YYC  — makers with a shared interest in helping out first responders. Gardner, MArch’13, is a robotics specialist at the School of Architecture, Planning and Landscape, Johansen is an associate professor of mechanical engineering at Schulich School of Engineering.

The two UCalgary researchers decided that together, their expertise and leadership might result in a design the local community could use.

The Alberta Health Services (AHS) Innovation office connected the team with AHS’s Infection Prevention and Control (IPC) department, clinicians and the Contracting, Procurement and Supply Management department, in order to consider clinical acceptability and modelling numbers on production. Many of these connections were made and the group received the feedback required as well as the ability to produce manufacturing through Orpyx. As a result, health officials have ordered 12,000 shields.

After a back-and-forth process, Shield Makers YYC provided sample face shields to AHS and some direction for improvements was provided. AHS has convened a group of clinicians and staff from IPC and Workplace Health and Safety to review products, where necessary, like the YYC Shield Makers shield.

He says the team effort was remarkable.

“What makes this story unique is the collection of people that all came together under the common cause of making face shields. This group was able to do all of this in a few weeks' time.”

The version produced for AHS that is similar to their regularly used shield in style and size can be rapidly produced at high volumes, while the other prototype will be available online and can be made by anyone with access to a 3D printer, starting in early May.

“Thousands can be produced per day, so if there’s a sudden spike in demand we can respond quickly,” says Gardner.

The version for AHS is being produced in partnership with Fuse 33 Makerspace and packaged by Orpyx Medical Technologies for province-wide distribution early next month. AHS has placed an order via Orpyx for the shield but has not committed to long-term volumes.

Exergy Solutions has also been providing support and can ramp up manufacturing if that’s called for.

“We needed to get a Medical Device Establishment Licence (MDEL), required by the federal government to provide personal protective equipment (PPE). Only registered companies can get this, and this is one of the reasons we were lucky, amongst design, prototyping and logistics, that Breanne Everette from Orpyx was involved. Shannon Hoover from Fuse 33 is leading a group of staff and volunteers for the mass production,” says Gardner.

The large group effort involved more than 50 people in just the early stages.

Right now, they’re gathering material and putting the system in place for getting volunteers to help with safety, bagging, gloves and masks, and packaging for delivery to AHS, where they’ll be distributed by AHS based on clinical need. 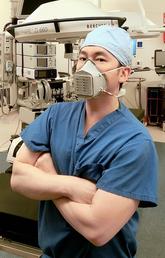 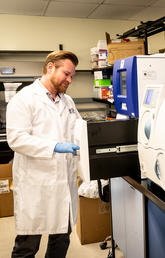 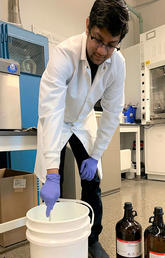 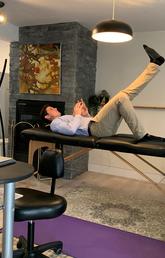 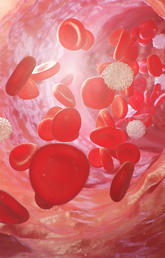