When you crack it open, you are transported to a story about a young woman starting her career (in journalism or advertising, or maybe she owns a cupcake shop), fumbling through romantic relationships and clumsily aiming to have it all. It’s sold as women’s liberation, but the protagonist is riddled with anxiety.

Sound familiar? If you answered yes, you are among the masses who have indulged in a genre deemed, often disparagingly, “chick lit.”

Dr. Jenny McKenney, PhD is a senior instructor in the University of Calgary’s Department of English. She teaches a senior seminar called Chick Lit whose syllabus opens with one of the original masters of books by and about women — Jane Austen. McKenney says the term chick-lit, “has been used dismissively to categorize works that are broadly popular to women readers — slight, comic novels, largely on the topic of romance, work and finding one’s place in the world.”

That might be the truth, but it’s not the whole truth.

“There are at least three troubling assumptions at play here,” says McKenney. “The first is that a book’s popularity is inversely related to its quality; two, the very old-fashioned notion that we should only read books for the purpose of moral or artistic improvement; and, three, that the stories women tell about their hopes and insecurities are best kept behind a bubblegum-pink cover and read at the beach.”

Evelina, or, the History of a Young Lady’s Entrance Into the World

Published in 1778, Frances Burney’s book (sometimes credited under her nickname, Fanny) precedes the heyday of chick lit by more than 200 years, but is in many ways a template for the books to come.  Written in the form of letters, Evelina is about a young woman’s first entrance into London society. It’s full of social gaffes, embarrassing relations and predatory men who try to entrap her at every turn. Evelina successfully navigates her way to marriage eventually, but not without some harrowing adventures in the polite and impolite scenes of Georgian London. Jane Austen was a fan.

No list of essential chick-lit reading is complete without Helen Fielding’s 1996 novel, Bridget Jones’s Diary, which set the standard for many years to come. Fielding’s book is compiled largely of Bridget’s funny, honest and often vulnerable journal entries that describe her struggles with work, her body and her own self-destructive behaviours. You may remember this book (or the movie) to be about Bridget finding her Mr. Darcy, but it is also a scathing critique of diet culture, women’s magazines, the self-help industry and the impossible pressure on women to “have it all.”

Jane Austen’s Pride and Prejudice looms largely in chick lit as the prototypical romance plot. Two recent novels, representative of the increasingly diverse field of women’s fiction, stand out in a saturated marketplace of Austen adaptations for their updated approach to Austen’s romance and social satire. Uzma Julaluddin’s 2018 novel, Ayesha at Last, brings Austen to a Toronto Muslim neighbourhood where our initially unlikely couple is aspiring spoken-word poet, Ayesha Shamsi, and the pious and traditional Khalid.

The second modern Austen adaptation, Sonia Kamal’s 2019 work, Unmarriageable, set in modern-day Pakistan, features Alys Binat, a 30-year-old schoolteacher. The novel opens with her teaching Pride and Prejudice to a room full of traditional female students, to which she explains that there is more to life than a marriage to a rich man from a good family. Austen herself is a reminder that there “is a vast difference between remaining unmarried and choosing to stay single.”

Eva Mercy, a character in Tia Williams’ 2021 novel, Seven Days in June, is arguably a niche chick-lit writer herself, facing a tight deadline for the 15th book in her popular series of vampire erotica. This is a book about second chances — both personally and professionally — as Eva rekindles an old flame and reignites her writing career. Seven Days in June is a cheeky satire on the writing establishment, an homage to New York life and fashion, a celebration of female friendship, a steamy summer romp, and a joyous celebration of Black literature and love. 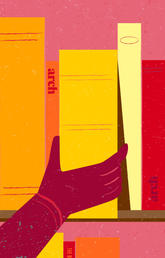 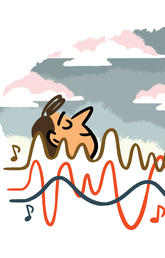 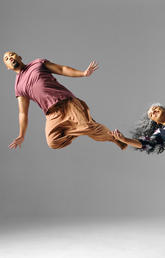 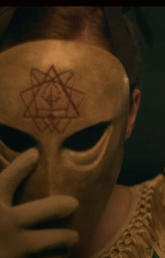 When Netflix needed a new language for a cult of witches in Archive 81, they called John Scott