Loryn Bohne, a PhD candidate in the lab of Dr. Robert Rose, PhD, developed an interest in how cancer treatments can impact the heart, a field of medicine called cardio-oncology, while screening breast cancer patients for an exercise study during her undergraduate studies. She noted that many of these study participants had arrhythmias, sparking her interest in this area.

That early interest has paid off. Bohne has been selected by the Heart Rhythm Society as a recipient of the Highest Scoring Abstract Awards Presented to Women for her abstract, Distinct effects of ibrutinib and acalabrutinib on atrial and sinoatrial node electrophysiology. The study looks at the impacts of these cancer therapies on the electrical system of the heart.

The award comes with a cash prize and the opportunity to present at a Women in EP Networking Lunch at the Heart Rhythm Scientific Meeting in July, 2021. The conference is one of the largest and most important international electrophysiology (the study of the heart’s electrical system) and arrhythmia conferences, drawing an average of about 10,000 scientists, physicians and trainees from around the globe.

Bohne is pleased to be a recipient of the award.

Bohne’s abstract detailed a research project in which she looked at the effects of Ibrutinib, a drug used to treat B cell lymphomas, on the heart’s electrical system.

Bohne explained the drug has a serious side effect in that it increases a patient’s risk of developing atrial fibrillation, the most common heart arrhythmia, and bradycardia, a slower than normal heart rate. The problems can be severe enough that patients must discontinue their cancer treatment.

However, few studies have looked at how the drug impacts the electrical properties in the heart.

Bohne’s project showed that ibrutinib can cause atrial fibrillation and dysfunction in the sinoatrial node—a small, specialized region of the heart, sometimes referred to as the pacemaker of the heart, from which the heartbeat is generate—through off-target effects on several ion channels in the atria and sinoatrial node. It also showed a similar, newer form of the drug doesn’t have the same effects, explaining its much better safety profile.

Rose says the project is important, noting his lab is now conducting studies to understand what the drug does at the molecular level.

“This work has important implications for the cardio-oncology field in the context of the impacts of cancer treatments on the heart, and it should impact how drugs for cancer treatment are chosen,” says Rose.

“I love being on the front lines of changing health care guidelines and learning new mechanisms that could potentially lead to new therapies,” she says.

Rose is proud of his student, noting she was eager to work on this project.

“Loryn is a hard-working, committed PhD student with a strong interest in the study of cardiac arrhythmias,” he says. “She took an important leadership role in coordinating the experiments and ensuring the study came together successfully.” 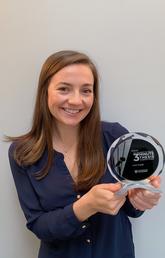 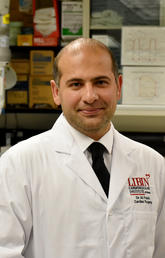 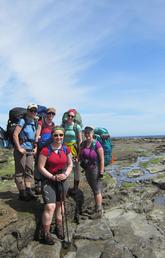 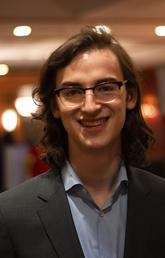