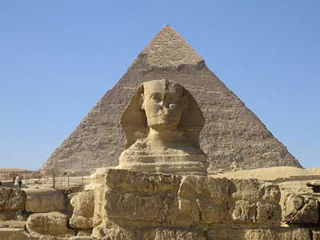 The Great Pyramid and Sphinx at Giza, Egypt.

History tells us the pyramids were built by slaves as tombs for pharaohs, that the ancient Egyptians worshipped animals, and that their primitive society was obsessed with death. But new research by a University of Calgary professor shows that the Egyptians lived in tune with nature, and that their social, cultural and spiritual values suggest they may have been more advanced than present-day society.

Carmen Boulter, professor in the Graduate Division of Educational Research at the University of Calgary, examines these issues and more in The Pyramid Code, a documentary series exploring the pyramid fields and ancient temples of Egypt as well as ancient megalithic sites around the world looking for clues to these ancient societies. The five-part DVD series is based on the extensive research done in 23 trips to Egypt and 50 other countries around the world by Boulter over a 13 year period. 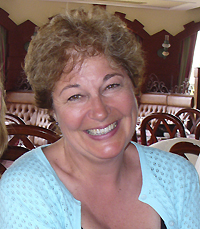 The documentary is the culmination of Boulter’s life-long fascination with ancient Egypt that began when she was a child and led to research that began in 1996 at Cairo University’s Faculty of Archaeology, the American University in Cairo and in the archives of the Egyptian Museum. Her work drew the attention of a Los-Angeles based videographer who Boulter collaborated with on the production of The Pyramid Code over the last several years. The program features interviews with prominent scholars and authors in a wide range of fields and examines whether ancient Egyptian civilization is older and was more technologically advanced than traditional scholarship believes.

“The ancient Egyptians were excellent record keepers and they had sophisticated knowledge of biology, cosmology, astronomy, physics, and architecture,” says Boulter.  “As well, they had abilities that we are only now beginning to recognize. Understanding the principles underlying ancient Egyptian life could be a useful model for us today to live healthier lives with sustainable technology.”

The series also tackles the belief that the year 2012 marks the end of the world as we know it,  and suggests that examining the ancients and the manner in which they lived may steer the conversation away from a doomsday scenario and may provide insight into the journey to a new age of enlightenment.

“Marking the beginning of a new great cycle of time and heralding our place in the universe is something the ancient Egyptians were most certainly aware of,” Boulter says. “Instead of imagining doomsday, 2012 could very well be a turning point on the journey to a new golden age.”

Today marks the Canadian release of The Pyramid Code DVD series, which is available on Amazon.com.  More information can be found at www.pyramidcode.com.