Drew Yewchuk, JD'17, is a staff lawyer with the Public Interest Law Clinic

On June 17, 2021, the Joint Review Panel (JRP) of the Alberta Energy Regulator (AER) and the Federal Impact Assessment Agency ruled that a proposed open pit coal mine on the east slopes of the Rocky Mountains was not in the public interest.

The decision puts a stop to the application for the Grassy Mountain coal project in southwest Alberta.

The Public Interest Law Clinic worked represented the Canadian Parks and Wilderness Society Southern Alberta as an intervenor in the challenge to stop the project as part of the clinic’s goal of protecting critical habitat in Alberta, and staff lawyer Drew Yewchuk’s, JD’17, arguments against the mine were cited in the regulator’s decision.

In 2015, Benga Mining Limited submitted an environmental impact assessment for the Grassy Mountain Coal Project, seeking approval to construct, operate and reclaim a new open-pit metallurgical coal mine in the Crowsnest Pass area. The proposed life of the mine was approximately 23 years. In its decision, the JRP concluded that the project is likely to result in significant adverse environmental effects on surface water quality, westslope cutthroat trout and their habitat, whitebark pine, and other vegetation species and community biodiversity. The JRP found the information provided by the proponent was not sufficient to provide confidence that project effects were understood or that the mitigation measures proposed were feasible. The JRP also found that the project is likely to contribute to existing significant adverse environmental effects, result in the loss of lands used for traditional activities, and would affect Indigenous groups and their members who use the area.

Read the executive summary of the JRP’s report and decision

In the News: CTV News 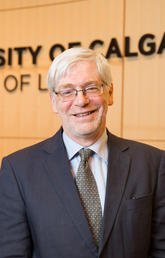 In the News: CTV News

In the News: The Narwhal