Professors' research looks at water protection and use

World Water Day is an annual United Nations Observance focusing on the importance of freshwater. World Water Day celebrates water and raises awareness of the 2.2 billion people living without access to safe water. It is about taking action to tackle the global water crisis. A core focus of World Water Day is to support the achievement of Sustainable Development Goal (SDG) 6: water and sanitation for all by 2030.

The 2021 World Water Day theme is “valuing water.” Economic development and a growing global population means agriculture and industry are getting thirstier and water-intensive energy generation is rising to meet demand. Climate change is making water more erratic and contributing to pollution.

As societies balance the demands on water resources, many people’s interests are not being taken into account.

According to UN-Water, how we value water determines how water is managed and shared. The value of water is about much more than its price – water has enormous and complex value for our households, culture, health, education, economics and the integrity of our natural environment. If we overlook any of these values, we risk mismanaging this finite, irreplaceable resource.

At UCalgary Law our researchers are working hard to ensure this natural resource is protected and used responsibly. For Professor Shaun Fluker, much of his recent research has focused on the protection of the Westslope Cutthroat Trout in Alberta’s Rocky Mountains. The ecological integrity of these lands has been impaired by extensive industrial and recreational developments. This area is managed under a policy regime which provides government officials with extensive discretion to authorize dispositions under the banner of ‘multiple use,’ which includes roads, clearcuts, well sites, pipelines, mines, dams, cattle grazing, and off-road vehicle trails. Decades of multiple use authorizations have led to the widespread destruction of habitat for Westslope Cutthroat Trout, and the remaining populations in Alberta  are small, fragmented and  isolated in headwater streams in the the Bow and Oldman River watersheds along the eastern slopes of the Rocky Mountains.

In 2005 the Alberta population of Westslope Cutthroat Trout was scientifically designated as threatened and is now the beneficiary of a recovery framework under provincial and federal law which is supposed to halt the losses and restore the population to sustainable numbers. Despite that, numbers continue to decline.

In his paper “Environmental Stewardship of Public Lands? The Decline of Westslope Cutthroat Trout Along the Eastern Slopes of the Rocky Mountains in Alberta,” co-authored with David Mayhood, Shaun examines the recovery framework for the Alberta population of Westslope Cutthroat Trout and assesses its limited effectiveness thus far towards instilling an environmental ethic into land use decision-making by government officials that would give adequate regard to watershed protection along the eastern slopes.

Legal protection for Westslope Cutthroat Trout has also been a litigation priority for the Faculty’s Public Interest Law Clinic over the past six years. The Clinic has served as legal counsel for several Alberta-based environmental NGOs in judicial review applications and freedom of information requests to compel government officials to comply with their obligations under the federal Species at Risk Act and release documents relevant to work being done to identify and  protect the habitat for Westslope Cutthroat Trout. The Clinic also recently served as counsel for an environmental NGO participating in the environment impact assessment hearing for the Grassy Mountain Coal Project to raise concerns about the mine’s impact on one of the most important remaining populations of Westslope Cutthroat Trout in Alberta.

The Sale of Water from Kananaskis Country

Shaun also wrote recently about a decision by the provincial government to allow a private operator to take up to 50 million litres of water annually from a tributary of Galatea Creek in Kananaskis Country for the purpose of selling the water into the retail consumer market. Shaun’s primary concern is that provincial officials rejected all statements of concern filed by the public in relation to this significant change to the terms of a water licence issued under the province’s Water Act, and that provincial officials did not conduct a public hearing to assess the environmental impacts of removing this water from public lands in Kananaskis Country..

Water and coal mining in Alberta

Coal mining is a significant consumer of water for a number of purposes including for coal washing and dust control. But where will that water come from? Professor Nigel Bankes together with Cheryl Bradley explored this question in a late-2020 post on ABLawg in light of the province’s apparent decision to allow for increased open-pit mining in Alberta’s Rocky Mountains.

The post notes that the South Saskatchewan Basin is already water short and closed to further allocations and that proposals to reallocate water in the upper Oldman Basin should not be considered before the instream flow and critical habitat needs for endangered trout species have been assessed.

In 2019, Professor Anna-Maria Hubert and Stuart Grey, JD’19 coauthored “Area-Based Marine Protection in Canada,” which was published in Asia-Pacific Journal of Ocean Law and Policy. The paper describes and critically analyses Canada’s progress on area-based marine protection in view of international principles, standards, and criteria. It provides an overview of the broader jurisdictional, legislative, and policy framework for area-based marine protection, before outlining the key federal legislative schemes that form Canada’s marine protected areas network. It also discusses provincial (subnational) area-based marine protection, as well as new initiatives to establish offshore Indigenous protected and conserved areas, and highlights cooperative arrangements made with other states. 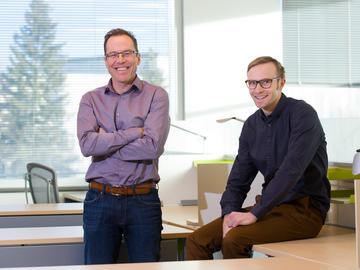 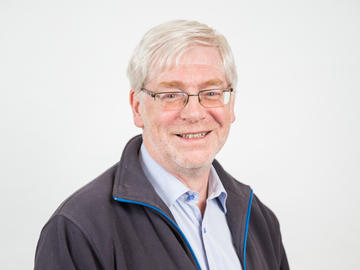 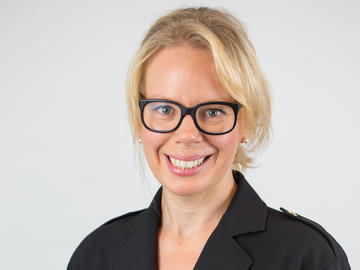 In the News: UCalgary UToday