Report examines methods from around the globe.

Professor Jassmine Girgis wrote the Canadian section of the newly released report “A Cross-Jurisdictional Comparison of the Use of Commercial Litigation Funding in Insolvency” which was funded by the International Association of Restructuring, Insolvency & Bankruptcy Professionals (INSOL International).

The report compares the use of insolvency litigation funding across the different jurisdictions.

“Litigation funding is an arrangement whereby litigation is funded, wholly or partially, by a person who is not a party. This third-party investor would then recover a return if there were an award or recovery in the litigation,” explained Jassmine in a March 2022 interview. Historically, these agreements have been somewhat controversial, as they could potentially offend the common law doctrines of champerty (where a third-party pays some or all of the litigation costs in return for a share of the proceeds) and maintenance (an unconnected third-party assisting to maintain litigation). Though this continues to be an evolving area of law, courts have been recognizing these agreements, the benefits of which include increased access to justice. 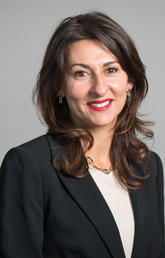 Exploring the operation and regulation of insolvency litigation funding in Canada

In the News: CBA National Magazine