Newly renamed School of Architecture, Planning and Landscape redefines itself for 21st century 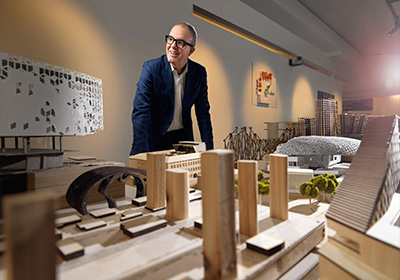 Photo by Roth and Ramberg.

If you want to glimpse the future of architecture, look no further than downtown Calgary and the University of Calgary campus.

Right in the heart of downtown, UCalgary’s newly renamed School of Architecture, Planning and Landscape (SAPL) — recently opened a 29,000-square-foot satellite campus, the City Building Design Lab (CBDL). This research hub, complete with a teaching lab, an event venue and an exhibit gallery, is located in the Castell Building, the space formerly occupied by the old Central Library. The CBDL is only a block from Calgary’s new Central Library, a next-generation glass-and-wood public space that is already earning international accolades.

Both buildings are surrounded by a variety of revitalized public spaces — multi-use plazas, lit pathways, art-clad underpasses and public artworks that dot the downtown core and East Village community. Together, the East Village transformation and the new library landed Calgary the No. 20 spot on the New York Times’list of 52 Places to Go in 2019. 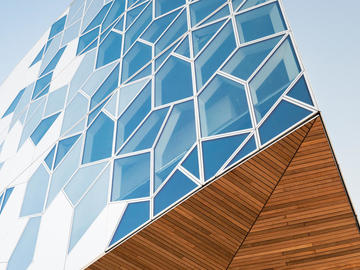 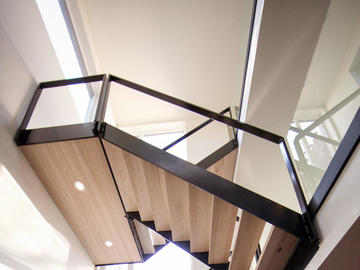 UCalgary alumni and professors have had a big influence in the ongoing reinvention of downtown Calgary and the East Village. For example, they lead the Calgary Municipal Land Corporation (CMLC), the City of Calgary subsidiary tasked with redeveloping the East Village, the new library and the bigger Rivers District; CMLC is also a partner in the CBDL space. Alumni and faculty also lead Calgary’s Marc Boutin Architectural Collaborative Inc. (MBAC), which envisioned the angled memorial sculptures and pathways along Memorial Drive and the curved wooden benches and public art of C-Square Plaza, as well as other public spaces throughout downtown and the East Village.

UCalgary is also making an impact with its main campus, where the future of architecture can be seen in the new double façade of steel and glass that’s being retrofitted to the 15-storey, 1960s-era concrete MacKimmie Tower.

“Five to 10 years ago, the status quo would have been to implode such a building and start from scratch,” says Dr. John L. Brown, PhD, dean of EVDS. Instead, new thinking and technologies are giving this old tower renewed life as a state-of-the-art, net-zero-carbon building. And researchers at the university are using the development as a way to explore how to reuse and design-out waste in the construction industry.

THE FUTURE OF A SOCIETY

Since the SAPL was founded in 1971, the multidisciplinary school has connected new knowledge about cities, regions, landscapes and ecosystems to empower students with practical ways to be impactful in the real world.

“We’re working to answer the question: ‘What are we going to do about the future of a society?’ This was the essence of the original idea of our faculty, and that has not changed,” says Brown. “Now we are refining our goals; we’ve turned to 21st-century problems that are even more critical and more urgent.”

The school name has been updated to be more precise (the degrees offered remain the same), and the opening of the new CBDL is helping create a deeper partnership with the community. It’s all part of a $12-million UCalgary investment to disrupt the status quo for social good and further embrace entrepreneurial thinking, smart-city technologies and inventive planning in the built environment.

“Cities are the nexus of change, and great cities have great schools of architecture,” says Brown. “A stronger connection to downtown is vital to be engaged in economic development. It’s where we need to be to create a more equitable and resilient future.” 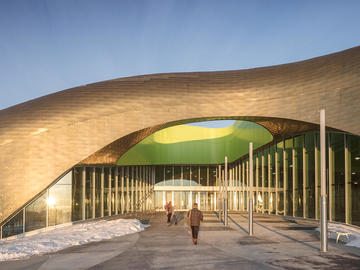 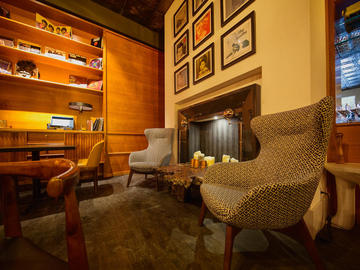