Faculty of Social Work graduate was named to the 2021 class of Top 40 Under 40 by Edmonton's EDify magazine. Courtesy Reena Samra

Reena Samra knew from the start that she wanted to be involved in a helping profession. She began her journey in psychology but kept feeling like something was missing.

As she worked with often racialized inner city communities, she took note of how so many of things that impacted their lives were beyond their control. Yet these systemic forces never seemed to be part of the conversation.

“I started to get very interested in the social work lens,” says Samra, “and it really spoke to me in terms of [examining] these systems that we have in society and shifting the focus away from the individual and their experience and looking at the wider lens of why we experience the things that we do.

"Coming from a background of being a racialized woman, coming from poverty, coming from trauma, I started to get really interested in how oppression impacts my life as well.  So social work seemed like the natural progression for me… As I started to learn more about what social workers do, I was like, ‘yep this is it.’”

Samra enrolled as Bachelor of Social Work student at UCalgary’s Edmonton Campus, and after graduating in 2018, immediately went on to do her master's, which she completed in 2021. She credits the Trauma-Informed Practice program offered under the Clinical Social Work Practice MSW as providing her with precisely the kind of tools she needed to take her practice to her community.

“I was really interested in deepening supports in terms of providing therapy and healing opportunities for the folks that I work with, so I wanted to go more clinical counselling route,” she says. “I also really liked that the faculty offered a trauma-informed practice specialization as well. I felt like that it is so, so needed, and I hadn't really seen that in a lot of other programs.

That's kind of how I view the world — through this trauma-informed lens ­— so I wanted to really focus in on that in my education.

It hasn’t taken her long to make an impact. Samra leveraged her education into a pair of headline-making initiatives that played a large part in her recently being named a member of the 2021 class of Top 40 Under 40 innovators and community leaders by Edmonton’s EDify Magazine.

Both ventures — a trauma-informed yoga practice and Soulidarity, a support group for immigrant women offered by the Edmonton Sexual Assault Centre in partnership with the Islamic Family and Social Services Association ­— are rooted in either reclaiming or establishing a space for racialized communities.

Significantly, both initiatives are also largely a result of Samra tapping into her own cultural heritage. She says her interest in yoga began early on through the example of her grandmother who practiced daily. Dismayed by what she calls the “commodified” industry that western yoga has evolved into, she sought to bring it back to its origins as a spiritual, healing practice.

“It was actually through my experience in the MSW that helped me to connect with my cultural roots,” she says. “I went through quite a journey in the trauma-informed practice stream, where I really connected a lot with my identity and how to utilize that in my practice. So as I started to really celebrate these aspects of my identity, I decided to pursue yoga as a way of cultural healing.”

Soulidarity, which she co-created with two colleagues at the Sexual Assault Centre, came about after noticing that not a lot of people from racialized, immigrant and refugee backgrounds were accessing services, despite these communities also being impacted by sexual assault. Which begged the question, why?

Samra and her colleagues interviewed community members to discover the barriers preventing individuals from seeking support. Not surprisingly, the answers were multifactorial — from the stigma of sexual assault to the cultural relevance of one-one-one counselling, largely a Western concept.

“I gathered a lot of data from these communities about what exactly they wanted to see in this kind of group,” she says. “Then, through the topics that the community told us, we curated these sessions.

“I'm not an immigrant directly but I’m a child of immigrants, and the other two women I facilitate with are immigrants also, so we share some commonalities. We used our identities to connect and heal in the group and supported that with storytelling amongst the group. We're coming together and we're learning about these topics, but it's very group-led.”

It's been a success. Having completed two rounds since launching earlier in 2021, Samra says the feedback from participants has been more than encouraging.

“They really spoke to how it was helpful to have a group that is all immigrant women, all racialized people — we often don't see that in group spaces,” she says. “It's been a really beautiful journey and so impactful for me. It's been such an honour to do this group, and I really believe in creating more opportunities like this.” 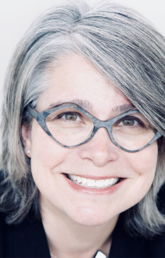 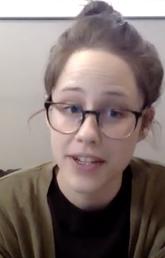 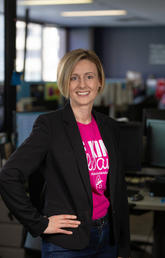 Leadership grad says Leadership MSW enables people to "grow into who they're meant to be." 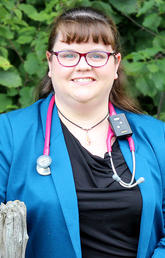 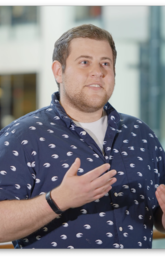