Shannon Ruzycki and Allison Brown are the authors of a new article in the British Medical Journal. Supplied

“When you don't have a diverse and inclusive leadership, they're not aware of the barriers in the same way,” says Ruzycki, adding that a lack of diverse leadership allows barriers to continue.

Despite equal numbers of men and women in medical school, women are still underrepresented in leadership and decision-making positions — and harassment continues to be more common among minority and female physicians, while female physicians are paid less than male colleagues for the same work, says Ruzycki. She says this gap is expected to be even larger for women of colour.

“Why this issue is really urgent in 2021 is that we now have had 25 years in Canada where there have been more women in medical school than men, yet we know that most medical society leadership is male, we know that most journal editors are men,” says Ruzycki, “even though there are technically now more women to choose from.”

People are dying because of these unconscious or conscious biases against our patients. I think we need to represent the population that we serve so we can start to improve health outcomes for our patients.

In the midst of the COVID-19 pandemic, and as conversations about racial justice and inequities continue one year following the death of George Floyd in the U.S., it's time for medical and public health leadership to think about the disproportionate effects inequity and injustice has on marginalized communities, says article co-author Brown. She says an equity lens needs to be put at the forefront of everything in public health.

To create change, doctors from underrepresented minorities must be present in increased numbers in leadership and decision-making roles, says Brown, adding that one way to increase representation among medical leadership is to implement evidence-based quota policies and for organizations to work toward more inclusive hiring.

“At the end of the day, it would just create a much better system and structure. We need to be more intersectional and inclusive in our approach. This is not just about gender, our well-intended gender equity efforts often further marginalize and oppress people in medicine,” says Brown.

Government quota policies exist in more than 130 countries, and corporate quotas have expanded considerably in Europe and the U.S.

Brown says the term quota can often be misconstrued as unfair hiring, but the opposite is true.

Aliya Kassam is the lead of the O’Brien Institute’s Equity, Diversity and Inclusion portfolio.

She says quotas can involve policies to interview at least one person from a minority group, and voluntary quotas, which provide individual or organizational rewards for voluntarily meeting diversity targets, and can include education on diversity or barriers faced by under-represented groups.

The BMJ article is an important study — and part of a bigger picture, says Dr. Aliya Kassam, PhD, lead of the O’Brien Institute’s Equity, Diversity and Inclusion portfolio.

“It’s time to think beyond gender equity and think intersectionality and have the data to ensure that medical leadership and health-care leadership, more broadly, not only talks the talk but also walks the walk.”

Susan Franceschet is a professor in the department of Political Science at the University of Calgary. 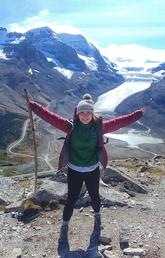 Class of 2021: Grad passionate about animals and supporting diversity in veterinary medicine 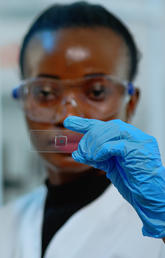 Canada should support diversity in STEM to encourage innovative research 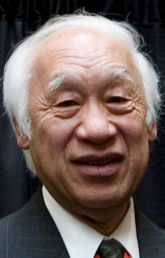 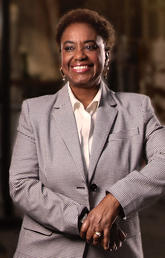 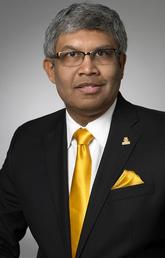 Opinion: We must support the value of diversity in our society 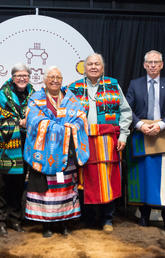 Journey to equity: UCalgary recognized as one of Canada’s best diversity employers