The importance of dissensus in decision making

When businesses expand globally, it is often unclear who is in charge or what regulations apply. The outsourcing of labour and the reach of the global supply chain now means that workers and suppliers are now often culturally and geographically distinct from producers and consumers. The laws and norms of just one geographic region may not be enough to govern these business activities, so the question is how to govern and regulate these global operations. Dr. Cedric Dawkins of Loyola Quinlan School of Business in Chicago, who specializes in labour rights, addressed this issue in the fifth installment of the Ethical Leadership in Business Speaker Series to discuss methods that hold corporations accountable and provide support for those working in places with less regulation.

Dr. Dawkins began by placing discourse ethics within a context of how large corporations can affect society beyond an economic impact, by extending into the social, cultural, and environmental aspects of our world. One way corporations do this is through outsourcing to locations with less regulation and making the country’s population reliant on its requests. Dr. Dawkins explained that this happens because suppliers for corporations often need to be very flexible in their production due to use of just-in-time inventory as opposed to using supply houses that allow for more stability. This causes fluctuation in order sizes and makes it harder for suppliers to maintain an established workforce as they may or may not have enough work or money to support them consistently. This creates the question of who the corporation is accountable to, if not those working overseas to ensure there is enough inventory to sell.

As Dr. Dawkins explained, there are two central approaches that are currently used to try to cultivate a sense of obligation, those being the market-centered approach and the discourse-centered approach. The market-centered approach aims for consensus and urges companies to take all stakeholder perspectives into account when making decisions. Its focus is on competitive markets and sees this stakeholder engagement and consensus building as crucial to real business success. But the problem with this approach is that the focus on consensus can mask power relations among the stakeholders, and encourage decision makers to focus on superficial agreement instead of genuine consent. When corporations seek consensus through forums to hear from less powerful stakeholders, those in power might not hear the concerns of other stakeholders as the focus on consensus can make those with less power reluctant to be seen as troublemakers and those with more power eager to pretend that there are no disagreements and that consensus has been reached.

By contrast, the discourse-centered approach focuses on dissensual communication, which prizes disagreement as part of its process and views disagreement as a sign of something healthy rather than as a sign that something is wrong. Dr. Dawkins describes the approach as “democracy over philosophy,” since it tackles the real disagreements stakeholders can have, instead of an idealized notion of consensus. Dr. Dawkins stated that this does not mean there is a lack of philosophy however, as it provides the tools for those to have proper conversations and better arguments relating to their work. This approach protects the deliberation of relevant people from strategic motivation, also known as force described as reason. This allows for all parties to question and extend discussion, which is considered the ideal speech situation. Dr. Dawkins examined discourse ethics by applying its foundations to multiple examples, ranging from successful to unsuccessful initiatives such as the Bangladesh Accord and the Kimberly Process. While the Bangladesh Accord was successful at providing safety for apparel workers and public accountability for the most part, it still had aspects it needed to improve on. Conversely the Kimberly Process failed: though it is a working system to reduce conflict diamonds and protect the safety of stakeholders involved, in reality many have pulled out of the process and are dishonest about its positive impact.

Because conflict within these issues will always be prevalent in some way, especially as people and corporations continue to purse their interests surrounding labour using persuasion, an alternative method will be needed. Dr. Dawkins suggested the need for an alternative to the discourse-centered approach that would recognize that because of the differences in definitions of success, there will always be disagreements over provisions that protect stakeholders delivering outsourced labour. There may be provisions currently in place to protect workers, however as Dr. Dawkins illustrated with the Bangladesh Accord, there are pitfalls of such initiatives. Many suppliers will not change hazardous conditions due to the risk of losing business after increasing prices to pay for better working standards. Dr. Dawkins suggested that a new alternative should not look to have a façade of appeasing all but should listen specifically to those voices who are marginalized in this system and embrace their struggles to lead to better legislation. This notion of antagonistic pluralism – that being to actively utilize differences in values to propel change instead of eliminating conflict altogether – can become the driving force to revitalizing democratic decision making. This notion - which Dr. Dawkins described as a dissensual approach - would also reframe alternative beliefs, extend debate, and challenge the notion that success lies in the elimination of disagreement. 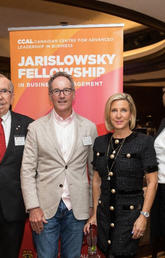 How big ideas and bold leaders are shaping today’s world 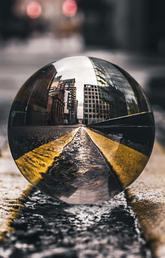 When safety is at stake, clarity and context seem to matter more than inspiration