Game on: student-built robots line up for competition.

Two Calgary high school teams, Tech Alliance from Calgary Community and the Bulldogs from Sir Winston Churchill, along with a team from Ontario have won the Western Canada Regional FIRST Robotics Competition, and will go on to compete in the World Championships in St. Louis, Missouri later this month.

Each of the 36 teams in the competition, sponsored in part by Schulich School of Engineering, had six weeks to design and build a robot to compete in a ball game developed by NASA. Three teams work together against another three teams to have their robots score goals during two-minute and 30-second matches. The teams earn additional points for their robots working together and for throwing and catching balls over a truss suspended over the floor as they move the ball down the field.

“I know I’m in a room full of the best and brightest students around,” said Bob Brennan, the association dean (academic and planning) at Schulich in his opening remarks to the students. “We sponsor this event to encourage the love of learning for engineering and science and support an initiative that clearly brings out the fun and innovation of engineering. The opportunities in robotics are endless and we encourage you to follow your passion and make a difference in the world.”

Brennan told the students that engineers solve some of the world’s greatest challenges and he went on to list a few “incredible things” that Schulich grads are doing, including working as race car engineers, designing alternative energy technologies like wind farms and solar panels and training astronauts at NASA to perform robotic maneuvers on the International Space Station.

FIRST — for Inspiration and Recognition of Science and Technology — was founded in 1989 by an inventor, Dean Kamen, to inspire an appreciation of science and technology in young people. The U.S. based not-for-profit organization designs programs that help students from Kindergarten to Grade 12 build self-confidence and knowledge while motivating them to pursue opportunities in science, technology and engineering.

“It’s very exciting, there is lots of excitement in the room,” says Brennan. “It’s great to see all these potential engineers.”

Robert Brennan to spearhead Department of Mechanical and Manufacturing Engineering 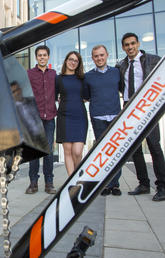 Necessity, neat ideas the mother of invention at 2018 design fair 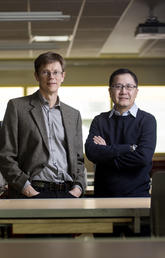