How does one ensure they are ethically interacting with investment and business? This was the question that Dr. Jonathan Drake addressed in the third lecture of the CCAL Ethical Leadership in Business Speaker Series. Dr. Drake is an assistant professor at Creighton University who examined the idea of engaging with businesses in a way that allows the investor to stay true to their values.

Looking at socially responsible investing, Dr. Drake pointed out that financially supporting a seemingly unethical cause can result in the stigma of being perceived as an ethically irresponsible person. Conversely, he explained that if you are someone who cares about the actions of the business you are supporting and who has an internal framework that outlines what is good and just, you will divest from anything that does not align. These ideas of engagement and exclusion, especially in terms of how one sets their value system, led Dr. Drake into the examination of Dr. Cedric E. Dawkins’ Elevating the Role of Divestment in Socially Responsible Investing.

Dawkins’ work outlined how the “best-of-class” screening strategy -- where an individual invests in the best business within a certain industry with the hope of shifting industry behaviour -- is relativistic in nature because all benchmarks are based on the companies surrounding it. Relativism is defined as the belief that moral principles regarding a topic or business must be relative to the “traditions, convictions, or practices of a group of persons.” Dawkins specified that the best strategy in socially responsible investing is to have deal-breakers that outline a distinct breaking point at which you will divest. From Dawkins’ point of view, if a person continues to invest in a company that crosses that breaking point, then that person does not truly believe in their own values.

Dr. Drake summarized Dawkins’ work by defining relativism and its connection to engagement in two ways, either an epistemic inference or a practical inference. An epistemic inference occurs when an investor thinks engagement is the best method, because they believe relativism aligns with their values. Alternatively, a practical inference is described as the point where the individual investing is willing to compromise on their absolute moral principles and engage anyway. Dr. Drake then challenged the idea that moral seriousness always demands divestment by giving the example of an absolutist individual who believes strongly that a company is not doing what it should, yet still invests with the intention of bringing a voice against the company’s actions.  A second example he used to illustrate absolutist behaviour described an amoral relativist who divested from oil and gas, not because they cared for the earth, but solely due to personal self-interest, as they believed they would get more money by investing in renewable energy before everyone else did. These examples illustrated two ways that the connection between absolutism and divestment can come apart.

After critiquing Dawkins’ idea that engagement is only for relativists, Dr. Drake suggested methods for absolutists to engage in socially responsible investing without compromising morals. The first option, known as industry leading, is where an absolutist invests in the responsible industry leader as a way to send a message to other competitors and seek to shift the industry as a whole. This is very similar to best-of-class engagement where the investor looks to find the best business within a certain market that aligns with their morals. The second option is firm forming engagement, where the absolutist can invest in an irresponsible firm to make it better, similar to Dr. Drake’s earlier example. Finally, the last suggested method is through industry disrupting engagement, where someone invests in the creation of a new company that then enters the industry and raises the bar for other possibly morally irresponsible competitors.

Dr. Drake’s Ethical Speaker Series session made sure to give alternatives to Dawkins’ theories in a way that allowed absolutists to stay true to their deal-breakers and engage ethically. He asserted that to engage in something that is superficially wrong does not mean one is behaving irresponsibly and ensured that absolutists are not limited to the path of divestment. 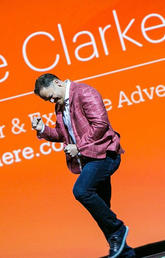 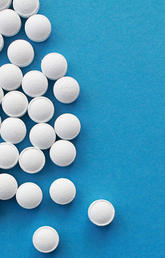