Dr. Maureen Topps | Scottish-born physician has a history of seeking the future

There’s a fitting kind of symmetry to Maureen Topps’ career.

There’s a fitting kind of symmetry to Maureen Topps’ career.

Rather than practice medicine in historic Scotland, where they grew up, she and her husband decided to immigrate in 1984 to the small prairie town of Milk River, Alta., near the U.S. border. “The first winter we had there, it hit - 40 C,” she says in a Scottish accent. “In Aberdeen, it barely gets below zero.”

It seemed like nearly every day, she encountered patients with conditions she hadn’t seen before. “This little child had been bitten by a skunk after petting it, thinking it was a little kitty,” says Maureen, adding skunks aren’t native to Scotland. “It turned out it had been behaving oddly and it had rabies – and, of course, in Scotland, there’s no rabies, so I had no knowledge about how to deal with it.”

Maureen phoned colleagues in Lethbridge for advice. “I had to give the poor little mite a lot of shots, but everything turned out well for him.”

Her association with what is now the CSM began in 1986 when she became a rural clinical preceptor, helping teach medical students in Milk River. After moving closer to Calgary in 1993, she undertook a wide range of roles, including becoming a clinical assistant professor in the department of family medicine.

She helps supervise everything from accreditation to funding for 62 residency programs containing a total of about 900 people. Residents are physicians who have received their degrees as MDs, but who must undergo anywhere from two to seven years of further training to earn their independent practice license.

“Some of the individuals who worked with me as residents over the years have gone on to fairly senior leadership positions and roles here at the school,” says Maureen. “Watching those transitions is immensely powerful and very gratifying.”

But Maureen’s role is about to change yet again. Starting in July, she will be taking over the position of senior associate dean, education, from Jocelyn Lockyer, who is taking a sabbatical leave for a year before retiring.

“I still see the medical school here in Calgary as a very young school,” says Maureen. “I think if it can retain that sort of youthful spirit in the next 50 years, and continue to identify opportunities to be a recognised leader in medical education, that would be a really good thing to see.”

What are your hobbies: I love to travel. We went to Japan last year, and we tried our hand at some Japanese cooking and some samurai sword lessons.

Do you have any hidden talents: I like to hike. I climbed Mount Kilimanjaro in Kenya three years ago with my husband. We named our two rescue dogs, Kili and Mwenzi, after two of the peaks there.

What does it mean to you that the faculty is celebrating its 50th anniversary: I think it’s a tremendous milestone – when we look at the pace of change, who knows what we will see in the next 50 years. 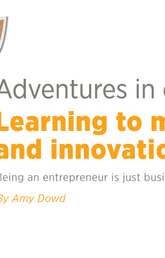