Fifty years ago, the challenge of building a medical school in Calgary began

Recognized early on as a leader in pediatrics, Bill’s career evolved through medical research and education, biotechnology, and business. He completed his residency in 1958, beginning his career in Toronto, and later making a move to Halifax where he became a professor of pediatrics at Dalhousie University. While there, he initiated the first cystic fibrosis clinic in the Maritimes, formed the Atlantic Research Centre for Mental Retardation, and secured support and funding for the Isaac Walton Killam Hospital for Children.

In 1967, Bill used his natural talent as a leader when he became the founding dean of the University of Calgary’s Faculty of Medicine. It would be a challenge to build a medical school from the ground up, but Bill stuck to what he believed in and focused on the future. His integrated and interdisciplinary approach to medical education has since become the Canadian standard.

Over the next several years, Bill continued to serve as dean of the medical school and began teaching in the Department of Paediatrics. He established a satellite
health clinic at the Stoney Indian Reserve in Morley and was named honorary medicine chief, a very rare accolade.

Bill also saw the first class of medical students graduate in the top half of the licentiates of the Medical Council of Canada (1973).

His time at the university was briefly interrupted in 1973 when he was seconded to the Alberta government where he served as deputy minister of health. Upon his return to the university, Bill held the role of president and vice-chancellor, and was instrumental in the creation of the faculties of Law and Humanities.

After leaving the university in 1978, Bill continued to be a leading force in the Canadian biotechnology and research communities. He received several honours for his leadership, including the Order of Canada (1989), the Queen’s Golden Jubilee Award (2002), the Alberta Order of Excellence (2007), and he was elected to the Biotechnology Hall of Fame by the BioAlberta Association (2009). He was named one of 100 Alberta Physicians of the Century (2005) and has received four honorary doctorates.

Bill’s role in the successes of Canada’s medical, educational and biomedical communities is evident across the country — in schools, labs and businesses that have benefited from his vision and leadership.

In October, Bill passed away at the age of 91. We’re thankful to Dr. Cochrane for bringing our medical school to life and for the impact he has had on medicine and health care in Canada.

Dr. Bob Church is often described as an outstanding scientist, administrator, teacher and friend. An internationally known leader and expert in transferring the technologies of genetics, reproductive physiology and molecular biology to the agricultural and biotechnology industries, Bob is a founding member of what was formerly known as the Faculty of Medicine at the University of Calgary.

He arrived at the university following the completion of a post-doctorate at the University of Washington’s medical school where he focused on cutting-edge molecular genetics. Bob began his time with the university’s Department of Biology before relocating his lab to the newly established medical school.

Working alongside founding dean, Dr. Bill Cochrane, and others, Bob was instrumental in the building of the medical school and the creation of its curriculum. He led many of the school’s successes, including the recruitment of people from around the world who believed in Dr. Cochrane’s vision of a three-year multidisciplinary educational program.

Bob established the Department of Biochemistry and Molecular Biology, and was its first department head, a position he held for 14 years. During its early years, Bob was  instrumental in hiring leaders in molecular genetics, molecular and developmental biology, and cellular signaling research, which laid the department’s foundation for decades to come.

In 1992, an endowed lectureship in biotechnology, which allows students and faculty to participate in a global network of leading biotechnologies, was created to honour Bob’s
contributions to the medical school.

Bob’s presence in the local community includes more than two decades as director of the Calgary Exhibition and Stampede. He was also a founding member of the Natural Sciences and Engineering Research Council, and a board member for the Alberta Research Council and the Medical Research Council of Canada.

Bob has earned many high honours throughout his career, including the Outstanding Contribution to Alberta Science and Technology Community Award from the ASTech Foundation (1992), the Alberta Order of Excellence (1993) and induction to the Order of Canada (2000).

Reflecting on his career at UCalgary, Bob is most proud of the people who were involved with bringing a medical school to Calgary and the positive legacy they were able to leave to the next generation.

When she arrived at the University of Calgary for her first day as a member of the medical school’s faculty, Dr. Bernadette Curry found herself surrounded by a number of tall men wearing jeans, untidy shirts, boots and wide brim hats.

Originally from Scotland, Bernadette had never imagined working in another country. Her plan was to stay in Calgary for three months. She arrived in the summer of 1972 and, with an avid curiosity for what a Canadian winter would be like, had accepted a full-time position in the Department of Pathology with clinical service responsibilities at what’s now known as the Foothills Medical Centre.

A few years later, the Department of Clinical Neurosciences conducted a cross-country search for a neuropathologist. With no formalized neuropathology service — the study of disease of nervous system tissue — in southern Alberta, Bernadette was approached and agreed to pursue additional training to apply for the role. She began her journey at the University of Toronto, only to return to Calgary within two years to establish the first neuropathology lab in southern Alberta in 1980.

In addition to university and hospital commitments, Bernadette was generous with her volunteer time. She participated on numerous committees including those of the Royal College of Physicians and Surgeons of Canada, and the Alberta Royal College of Physicians and Surgeons Advisory Committee on Laboratory Accreditation and Quality Control. She was also a member of the Alberta Society of Laboratory Physicians executive for several years, including a five-year term as president.

In her retirement, Bernadette is active with her volunteer activities both in the medical field and in a non-professional capacity. She has a keen interest in the vision and mission of the Calgary Centre for Global Community, which provides education, engagement and research opportunities to enhance and expand Calgarians’ capacity for responsible, well-informed and effective global citizenship. 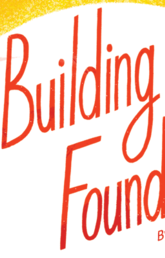