Understanding the impact on oxygenation in the brain istock

A few years ago, Dr. Cam Teskey, PhD was in Rome touring the Colosseum with his wife, when a young woman in their tour group suddenly had a seizure. When the seizure ended, she was paralyzed from the neck down. Still able to speak, the young woman remained calm, and informed the group she just had an epileptic seizure, the paralysis was expected, and she would be able to move her body again in an hour.

A specialist in epilepsy research at the Hotchkiss Brain Institute, Teskey immediately identified her sudden and temporary symptoms as being due to decreased oxygen levels to the motor cortex of the brain – the zone that controls voluntary movement. Temporarily decreased oxygen levels following an epileptic seizure is called post-ictal hypoxia and is one of the greater risks associated with epileptic seizures, as loss of oxygen to the brain can result in lasting damage over time. 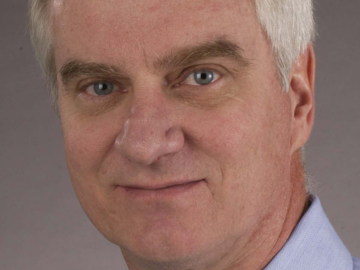 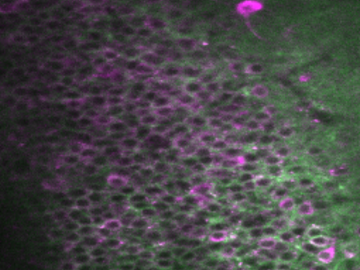 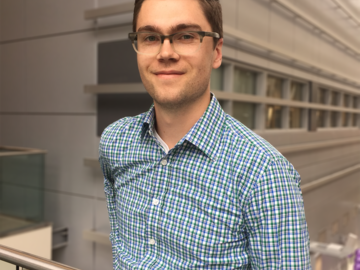 Teskey and post-doctoral fellow Dr. Jordan Farrell, recently explored what exactly is triggering the low oxygen levels after a seizure. Their findings were published in Neuron.

In order to end an epileptic seizure, a specific receptor in the brain – the CB-1 receptor, receives a molecule called 2-Arachidonoylglycerol (2AG).

“The 2AG stops the seizure, initiating the period of low oxygen levels,” explains Teskey, “During this period, the decrease in blood flow to the affected area, causes immediate loss of proper function. In the Colosseum incident, the low oxygen levels in motor cortex, caused temporary paralysis.”

For some people living with epilepsy, the motor cortex is affected. In others, vision, hearing and other parts of the brain may be impaired. Working out of the Sembo Family Lab for Epilepsy Research, Teskey and Farrell are interested in the relationship between2AG and the low oxygen levels. Farrell discovered a novel way to study the affects of 2AG.

In collaboration with the universities of Vanderbilt, Stanford, and Peking, Farrell proposed using a relatively new technology provided by Peking University, to track the progression of 2AG during and after the seizure period. The technology was so advanced that it could track 2AG second by second, mapping the progression and how it coincided with decreased oxygen in the post-ictal period.

Their discoveries were dramatic. The first wave of 2AG was expected, ending the epileptic seizure. Then the technology mapped a second wave of 2AG molecules approximately one minute after the seizure had ended. As this second wave was metabolized, oxygen levels decreased, instigating the stroke-like paralysis in the young woman at the Colosseum. Farrell, Teskey, and the cross-institution team had discovered the causal point for the damaging stroke-like symptoms facing so many people living with epilepsy.

With this new knowledge of 2AG, and its impact on oxygenation in the brain, the team can now seek to understand new methods of preventing the 2AG from breaking down.

“If this second breakdown can be prevented, there is hope that oxygen levels will remain stable, and people with epilepsy will have reduced stroke-like symptoms following a seizure,” says Teskey.

This discovery is not only unique in the specificity of the technology used, but also holds positive implications for further epilepsy progress. Researchers have been exploring methods of mitigating oxygen loss in the post-seizure period. The knowledge regarding the role of 2AG may contribute to the development of new treatments, improving quality of life for people living with epilepsy.

Dr. Jordan Farrell, PhD graduated from the University of Calgary in 2017. He is now a postdoctoral fellow with Stanford University.