Being There: Leadership and Care

When chaos abounds, a good leader will be part of the battle. They must demonstrate through action and voice that they care about their team, and woe betide the leader who neglects this important facet of their role.

This was the message of Dr. Joanne Ciulla, the second lecturer in the CCAL Ethical Leadership in Business Speaker Series and a noted philosopher, lecturer, and writer. Dr. Ciulla is a pioneer in the field of leadership ethics and the author of numerous books and articles, including The Working Life, considered one of the best books of its publication year. Dr. Ciulla’s research on the ethical challenges of leadership is interdisciplinary but draws heavily on literature in philosophy and history. This approach was reflected in her lecture, which touched on historical references from ancient myth to modern movies, and from the Roman empire to leaders drawn from the past five decades.

Dr. Ciulla first discussed one of the most well-known historical examples of poor leadership, that of Nero, emperor of Rome. Nero may not have actually played a fiddle while Rome burned, but he certainly behaved thoughtlessly enough that his image as a selfish despot has lasted for nearly two millennia. Measuring more recent political leaders by his example, we find that politicians who neglect to demonstrate care find their political capital is equally damaged. From Richard Nixon and Watergate to George Bush and Hurricane Katrina, the importance of demonstrating care during moments of catastrophe is easy to gauge: leaders who behave selfishly or obliviously during crises will be criticized by their followers.

Feeling Care and Duty to Care

To further refine this concept, Dr. Ciulla divided care into two separate behaviours. One may feel care, as an emotion. One may also recognize the need for care as a duty: the duty to care for those for whom you are responsible. When demonstrated by a leader, both of these distinctive behaviours are recognized and valued by their team, be that a small company or an entire country.

This is easier said than done. Not everyone has the ability to feel, and then to demonstrate, the emotional side of care: similarly, all leaders do not automatically feel a sense of duty to their constituents. However, both emotional intelligence and understanding the demands of duty can be developed. Dr. Ciulla emphasized that this has been the challenge for humanity for millennia:

So, which is more important? The emotion or the duty? Dr. Ciulla would vote for the latter. She believes that having a strong sense of duty to care, and to act upon that duty, is fundamental. While it is best to have both the emotion as well as the rule of conduct, she believes that it is the demonstration of duty that all humans are capable of, and which brings both positive action and comfort, that is the most valuable.

Unfortunately, it is not that simple to achieve. Even the written records from the time of Nero provide vastly different interpretations of his behaviour, both positive and negative. In our current age of instant media, it can be extremely difficult to be seen as acting consistently, especially by groups with different agendas. Furthermore, there is the reality of having a busy life: even leaders take a vacation, and if the timing of that vacation coincides with a catastrophe, working diligently behind the scenes will not be enough. This is as much about perception as truth.

The challenge is much clearer cut in really dire situations. The greatest credit will come from making an appearance: your group wants to know that you are paying attention. A skillful leader might simply say - I need to show up.

Unfortunately, using technology to connect is simply not the same as being there in person. It becomes a moral responsibility that leaders have to directly engage in this action. This demonstrates the importance of duty over emotion: the leader should take on a duty to care, by going in person to visit, regardless of whether the leader can truly feel the emotion.

When you are a leader almost everything you do sets a precedent. Following Kant, a good rule of thumb is to create your own universal law to guide your actions, so that you are seen as showing consistency across all situations and for all groups. It is a return to the ideas behind MBWA: management by walking around. It is all about being there. 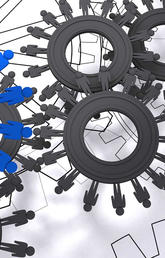 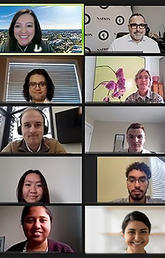 Industry Leaders Use the Power of Conversation in Students Leadership Development